The Epic Fishing Action of June 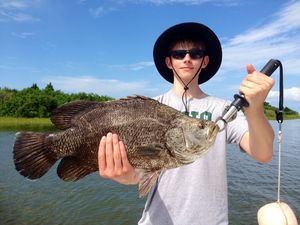 WOW!!!! These are the only words that can describe the end of May and early June fishing action along the Nature Coast. With unpredictable weather patterns making the first part of May a little challenging to say the least, June has more than made up for it with slick calm days and the steady trend of afternoon rain showers. Compared to the daily bombardment of rain in May these afternoon weather systems tend to be the norm for this time of year. The key to successful fishing this month will be getting started early and running and gunning around approaching weather systems. Although afternoon weather will be a bit of a challenge the added cool down which the rain brings and the rapid drops in barometric pressure will trigger some incredible bites over the coming weeks. 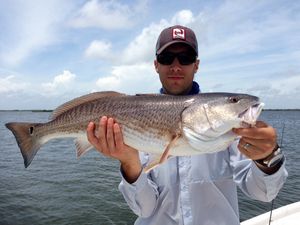 The highlighted species by far this month will be the Megalops Atlanticus other wise known as the Tarpon. There is NO other species in Florida that brings anglers from all over the World to try their luck at landing one of the largest inshore game fish found on the Planet like the Tarpon does. For centuries Tarpon have cruised the Gulf Coast of Florida foraging as they migrate up the coast. The Gin Clear Flats off Bayport, Homosassa, and Crystal River tend to be the final resting and foraging places for these prespawn fish that will eventually head offshore to spawn. With our area boasting the 3 largest Tarpon ever caught on fly (192, 198, and 202 lbs) it’s no wonder why anglers come from all over the world to try their luck on our local flats. 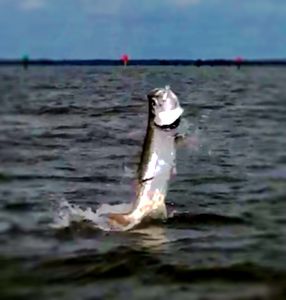 Although the Tarpon fishing will receive most of great publicity over the coming weeks, the sight fishing for Redfish, Tripletail and Cobia will get a ton of anglers excited about the rest of the season. As long as our weather patterns remain some what dry over the coming weeks/months our local waters will continue to be pristine allowing anglers virtually limitless opportunities to sight fish up and down our coast line. Spoons, Jerkbaits, Topwater Lures and live Pinfish and Shrimp will give anglers that best chances for success and the great aspect when using these types of baits is that they are appealing to a variety of game fish. The only difference when using one bait or lure for multiple species is the retrieve and presentation. Typically fish with a forked tail such as a Cobia like a little faster retrieve, where as fish with a fan tail like both a Redfish and Tripletail tend to favor a retrieve that is a little more relaxed. 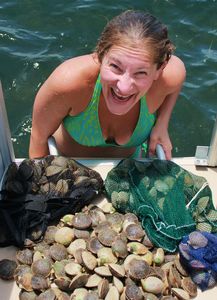 Speaking of relaxed, is there a more relaxing activity found along the Nature Coast than Scalloping? The 2014 Scallop Season will be starting a little early this year. June 28th will mark the opening day of what should be a very productive season. Preliminary reports already have tons of Scallops showing up on our shallow flats. With our season running all the way into September there will once again be high expectations placed on the local waters of Homosassa and Crystal River.

So with so much to look forward to over the coming months, why not consider adding a Florida Fishing Adventure to your next vacation plans?