The shallow flats of Crystal River and Homosassa offer visiting anglers numerous opportunities for year-round redfish fishing. Also known as red drum, the record for the largest redfish ever landed in Florida still hovers around 51.5 pounds. While most of the fish caught along the Nature Coast are smaller than those caught off the Atlantic coast, our local waters still offer plenty of action for both spinning and fly anglers.

Redfish schools typically feed in shallow water and feed on a variety of baitfish such as mud minnows, pinfish, mullet, and pigfish but their favorite prey are crabs and shrimp. Redfish have many feeding patterns from hiding behind structure to ambush their prey, to sucking prey off the bottom which is where you hear the term Redfish tailing (look for the tails above the surface). Their most common feeding areas are around mangroves and oyster bars where they feed heavily on populations of small crabs and shrimp that populate these areas. 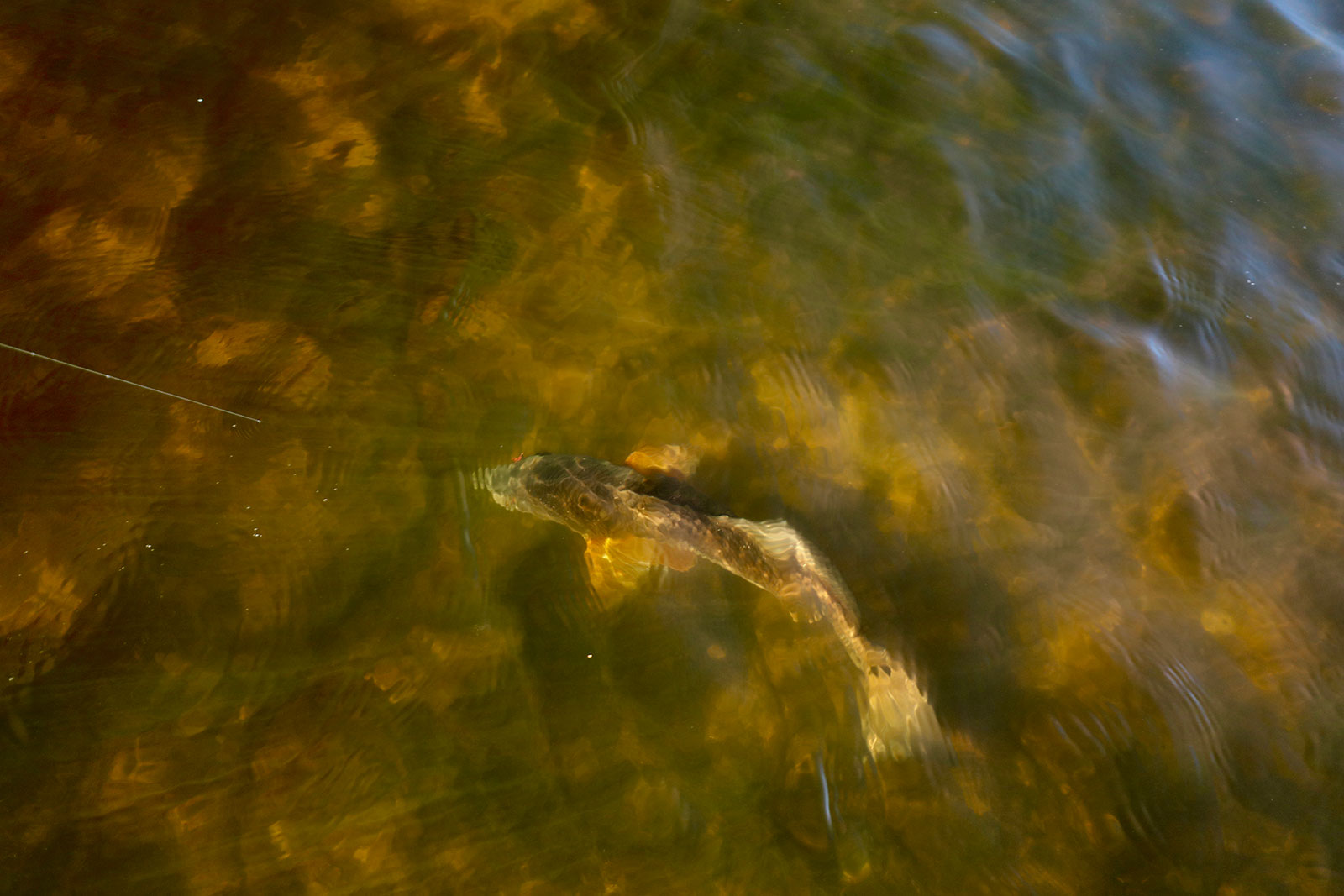 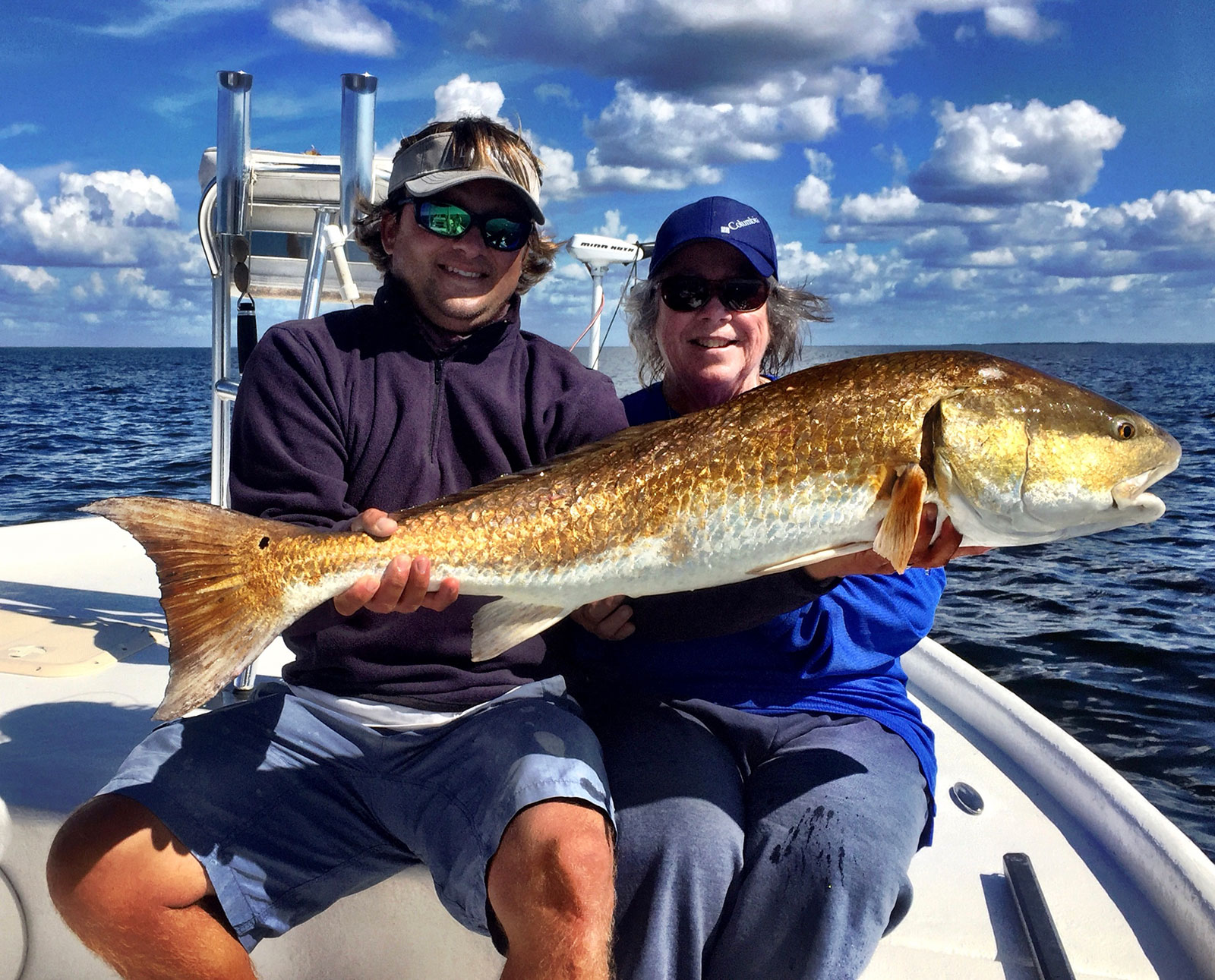 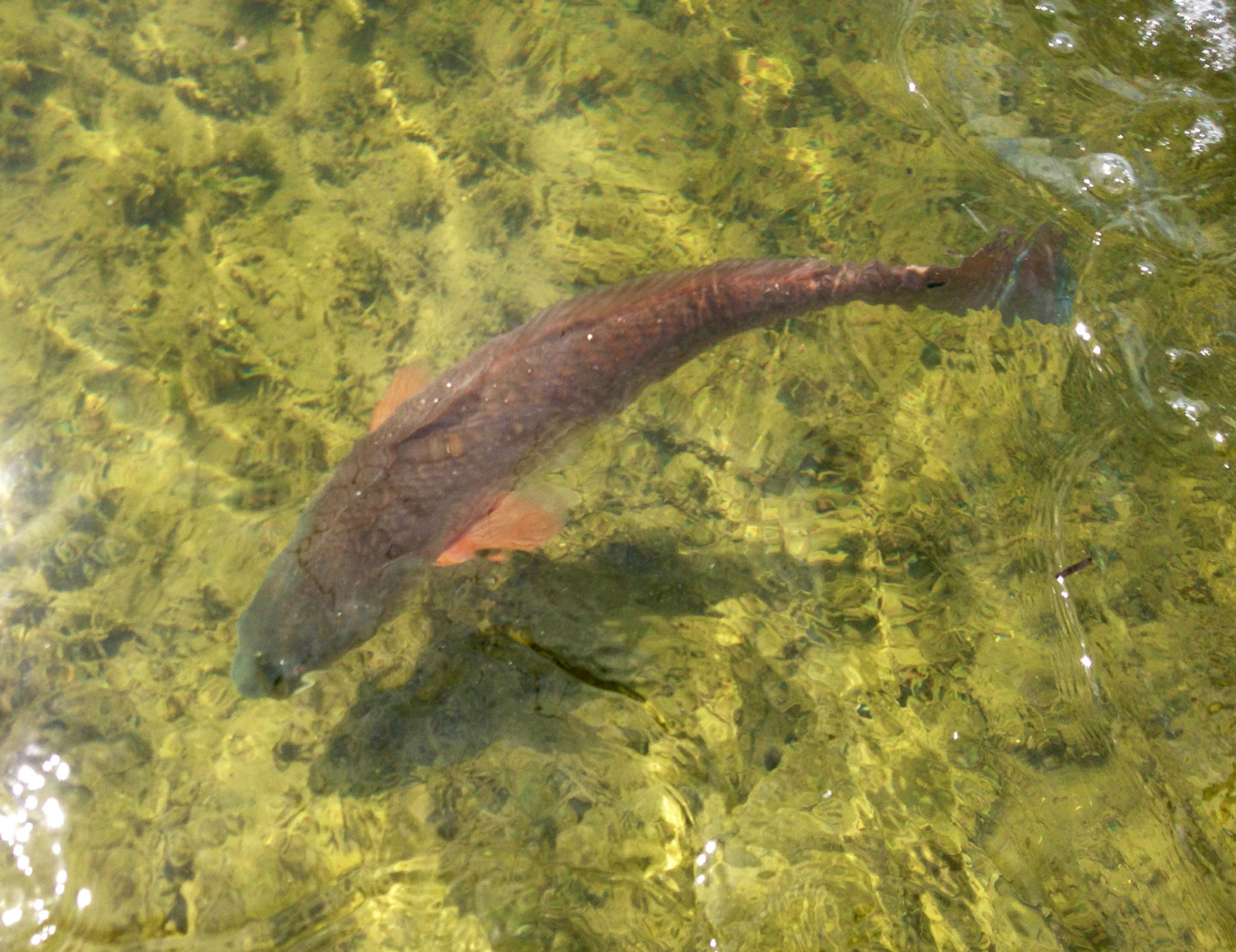 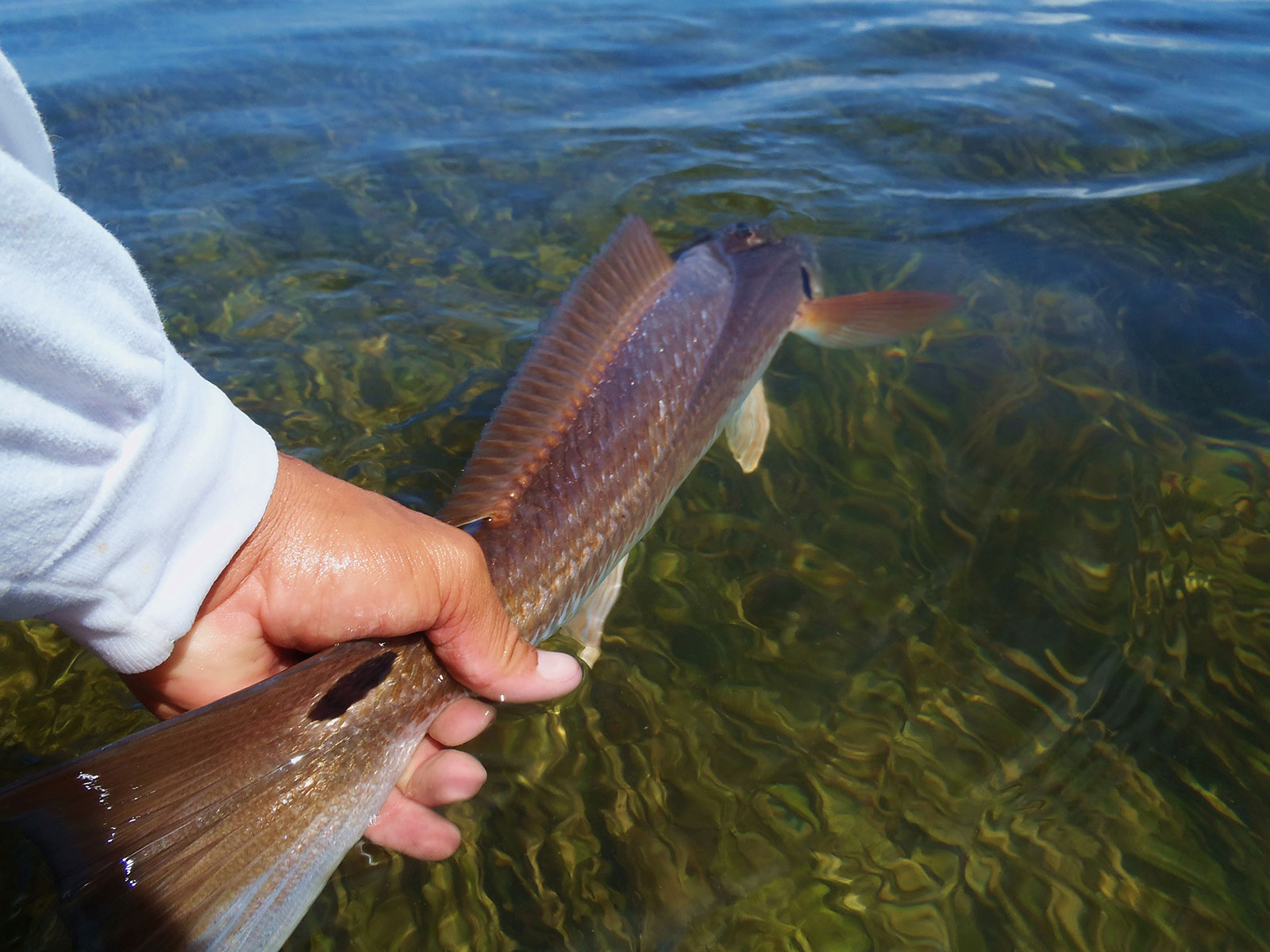 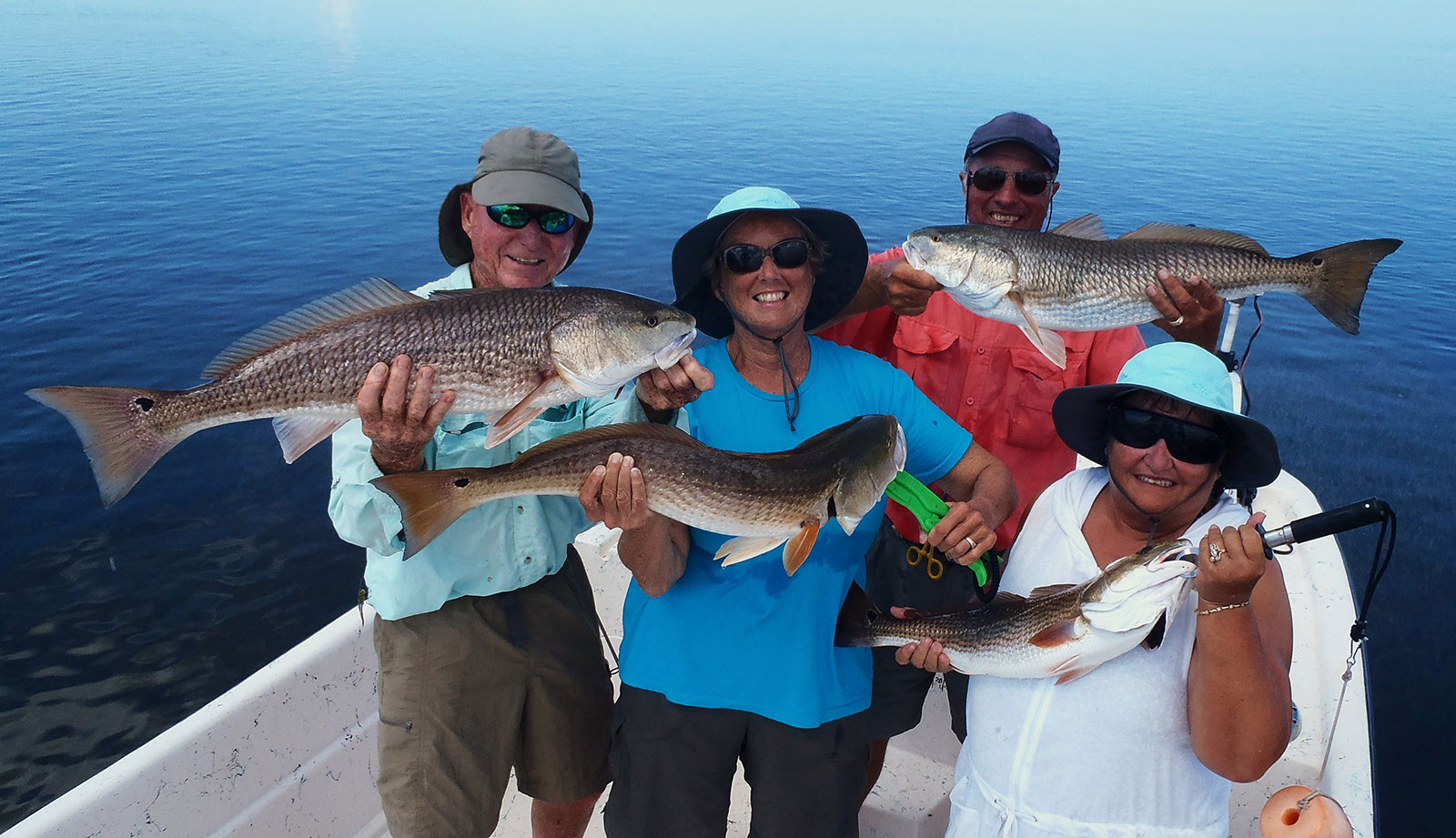 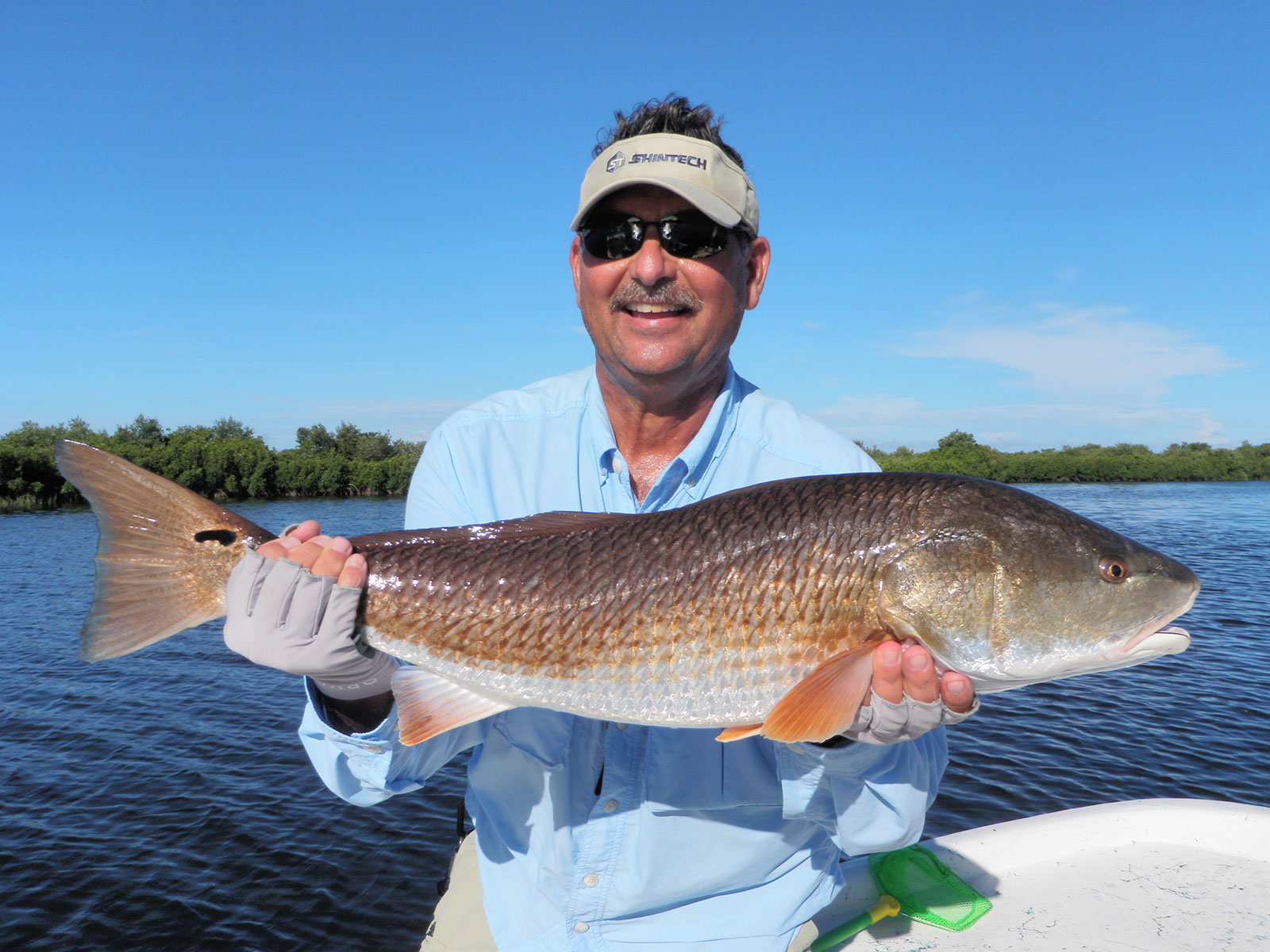 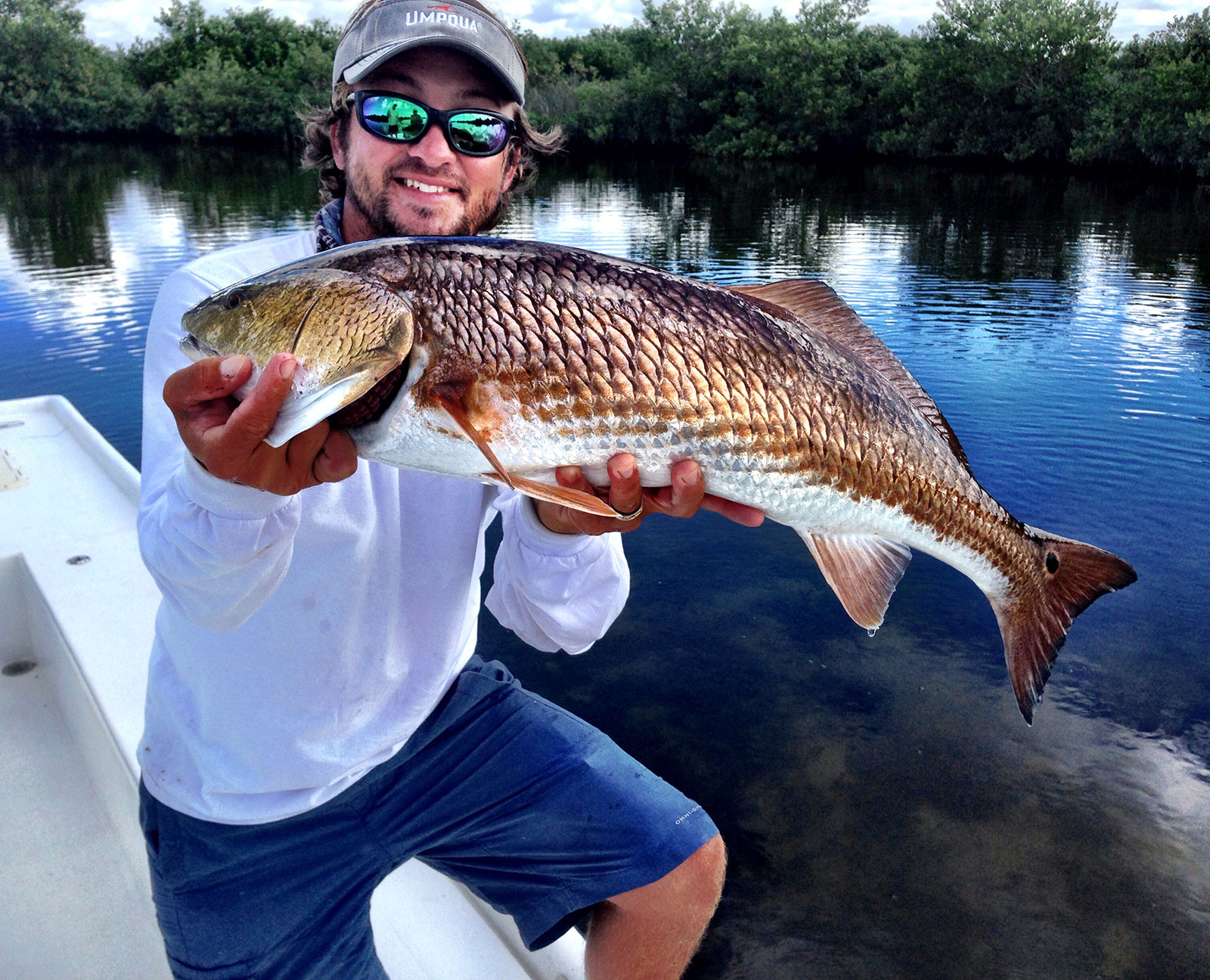 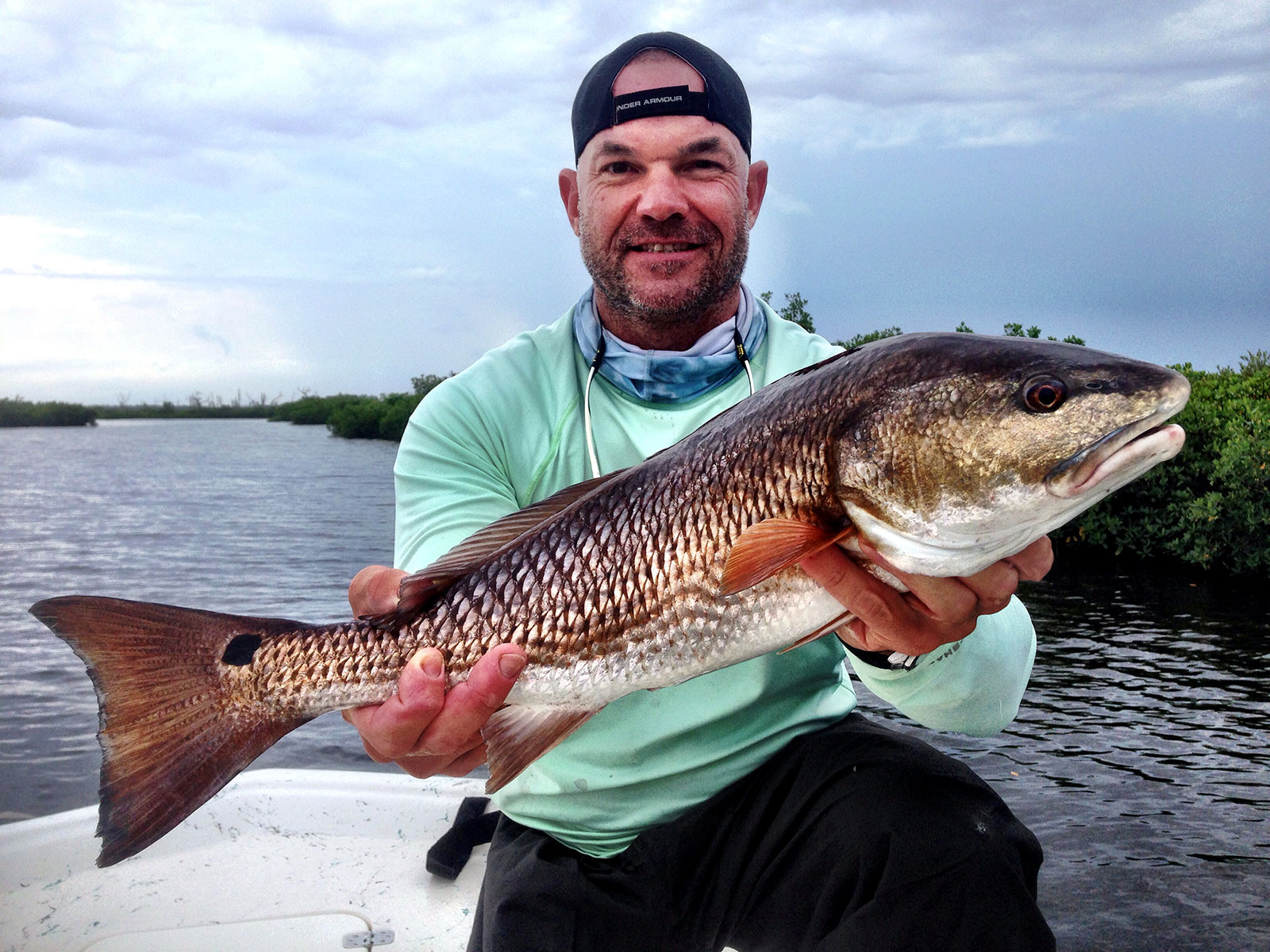 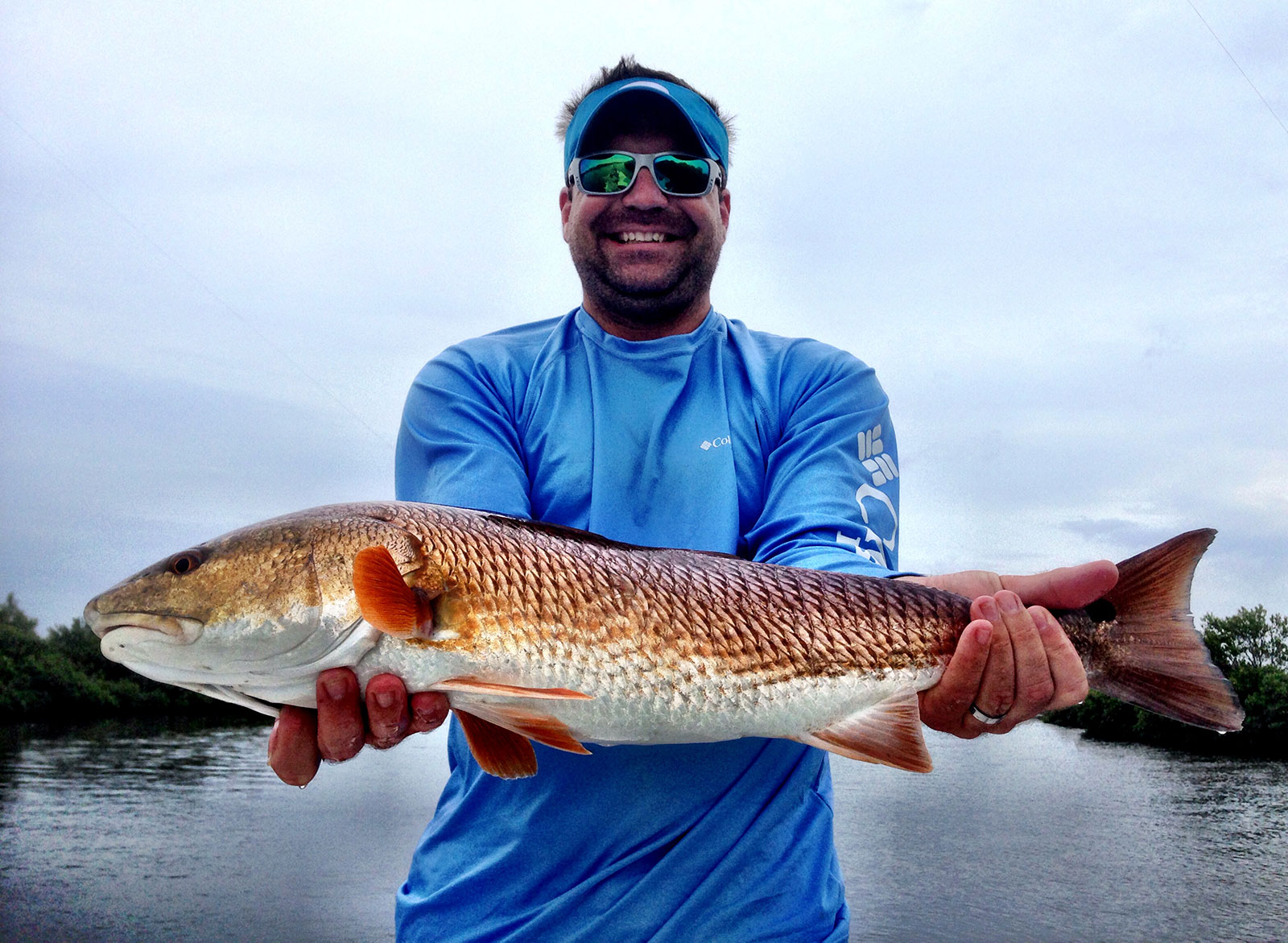 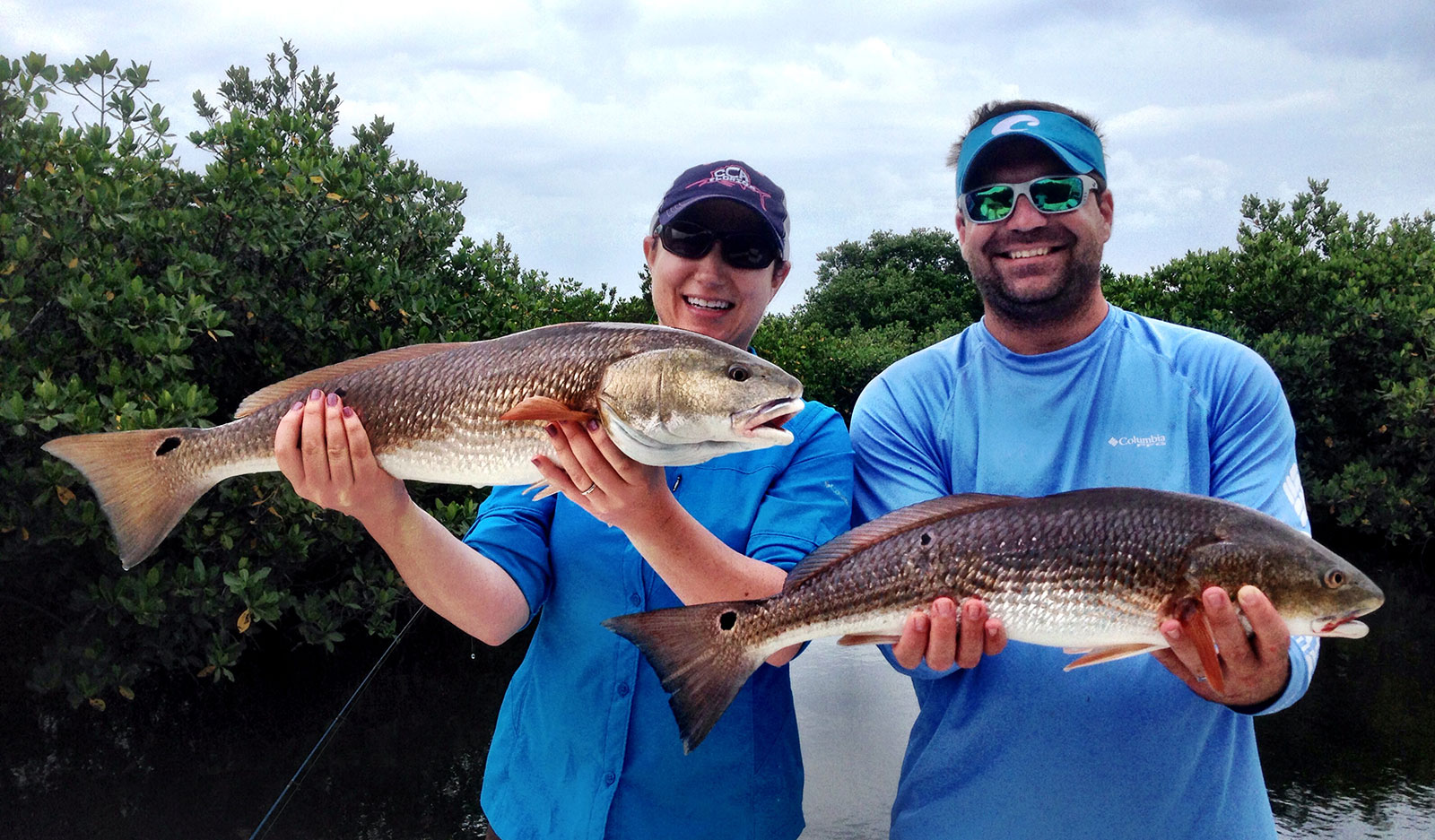 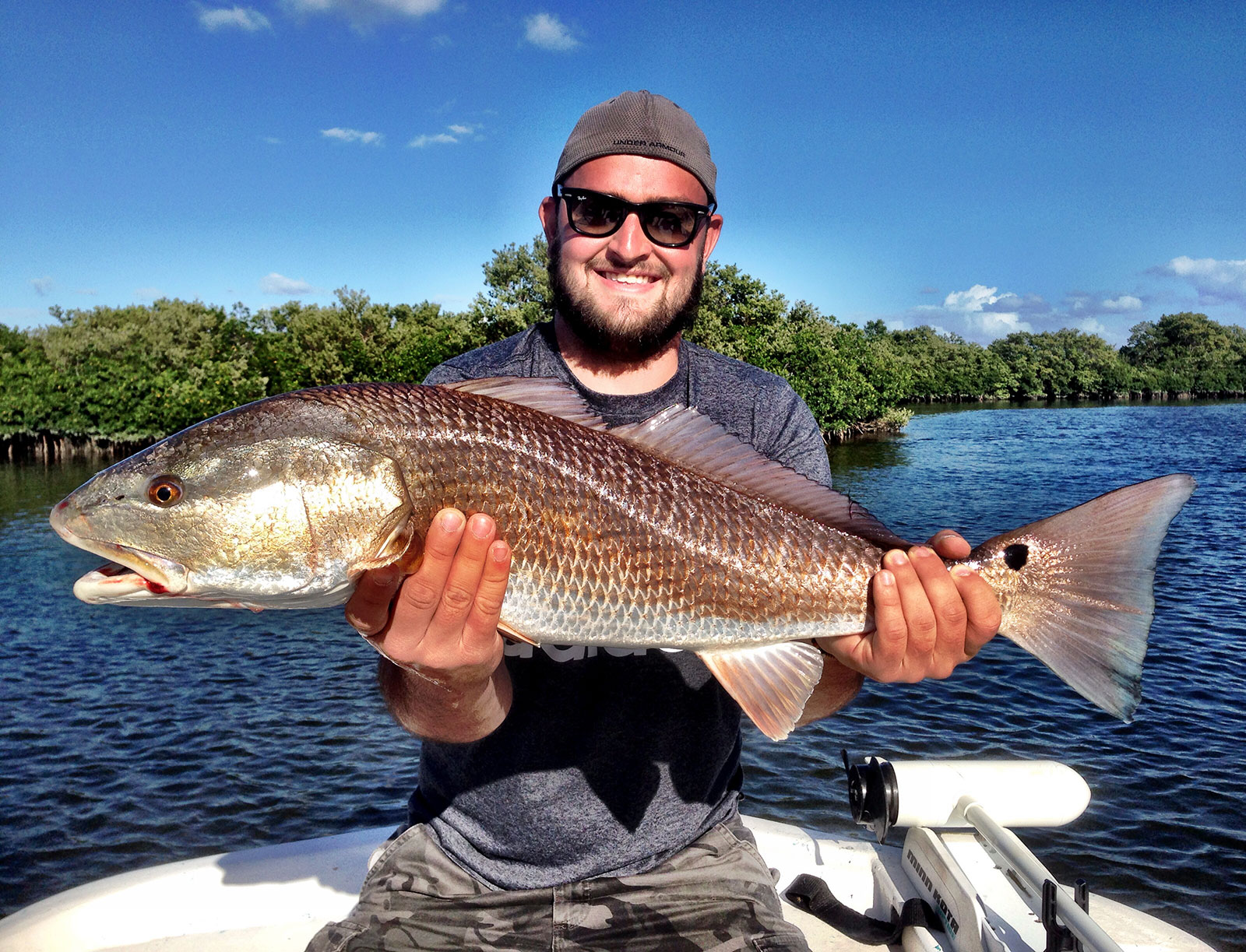 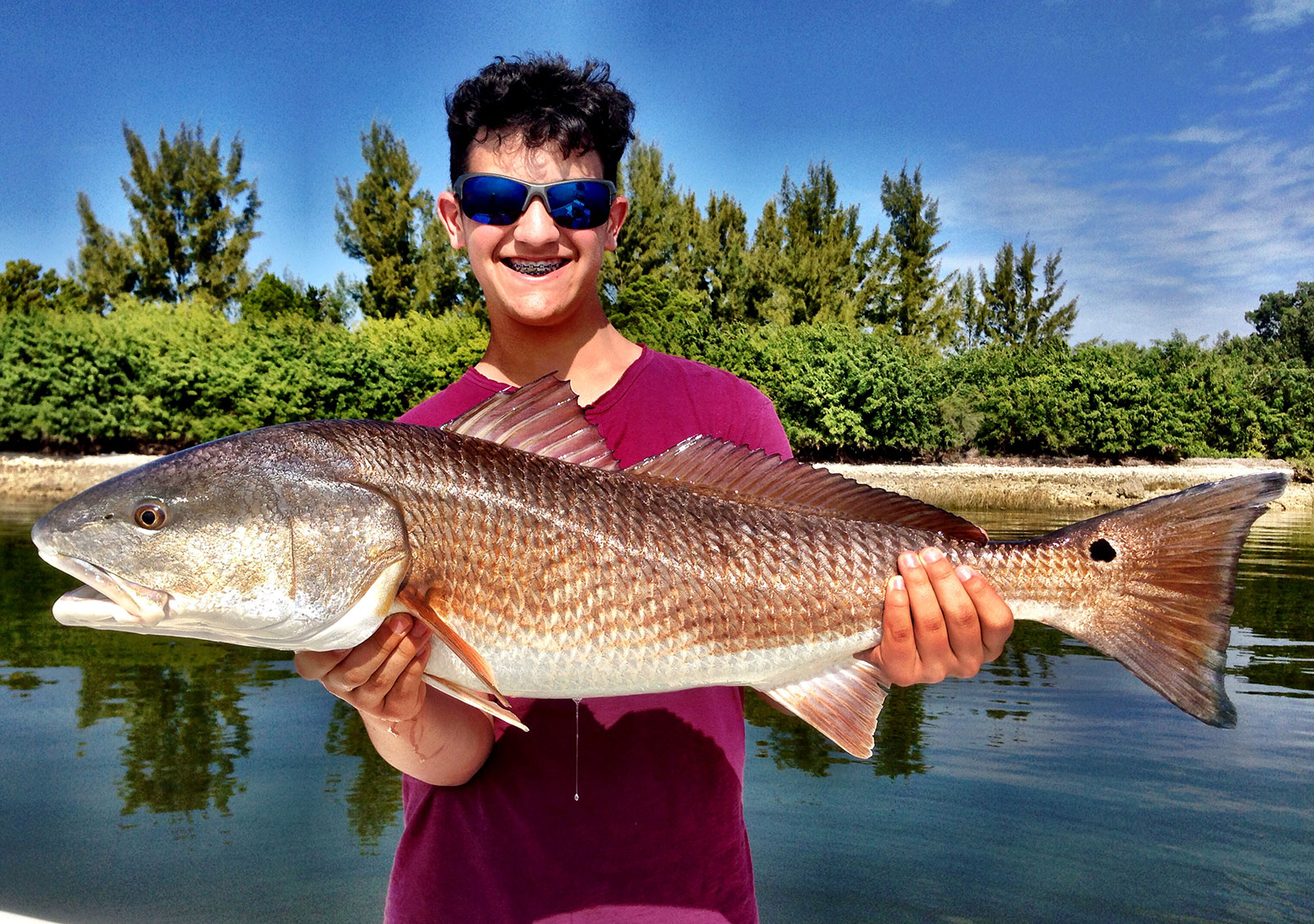 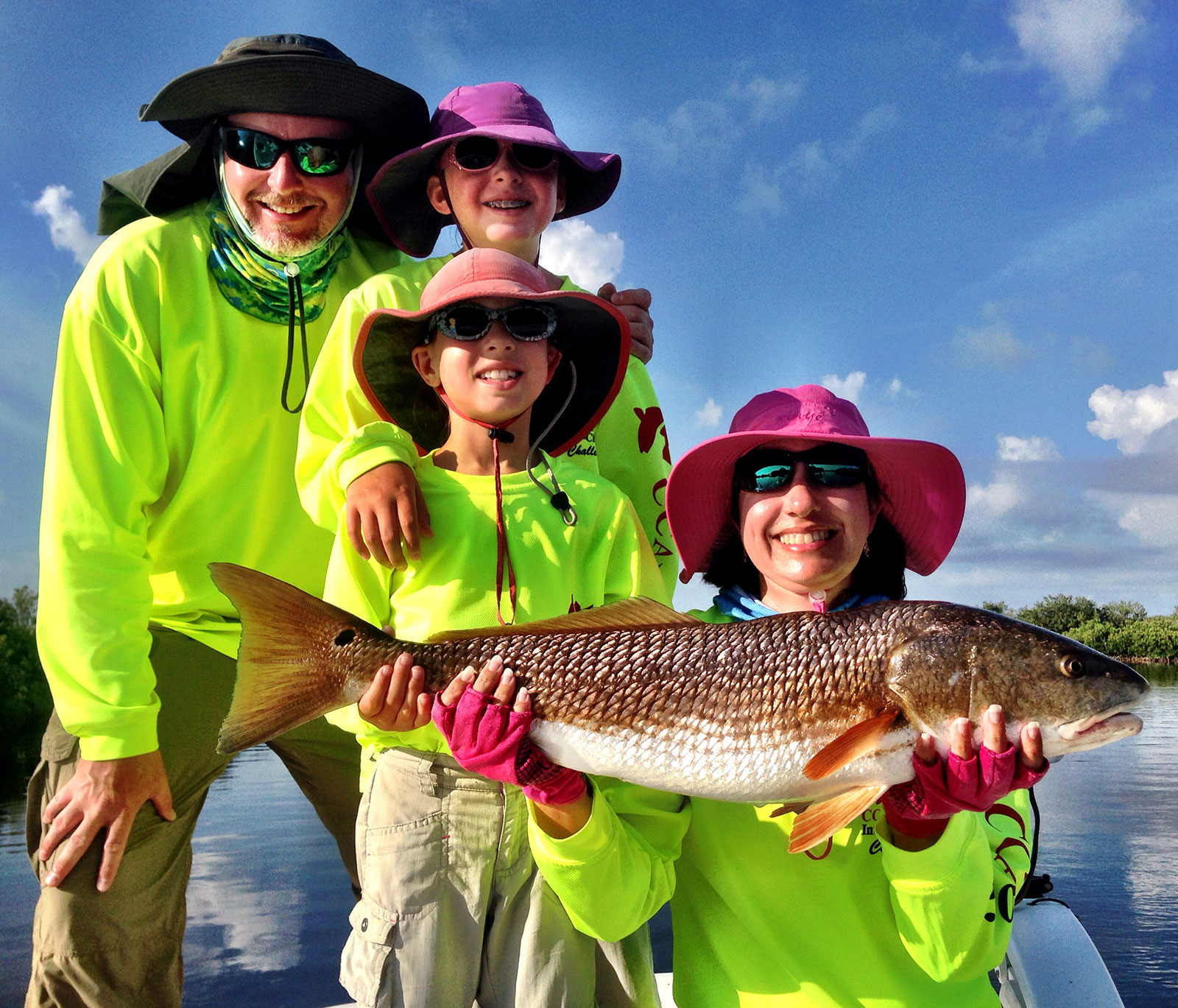 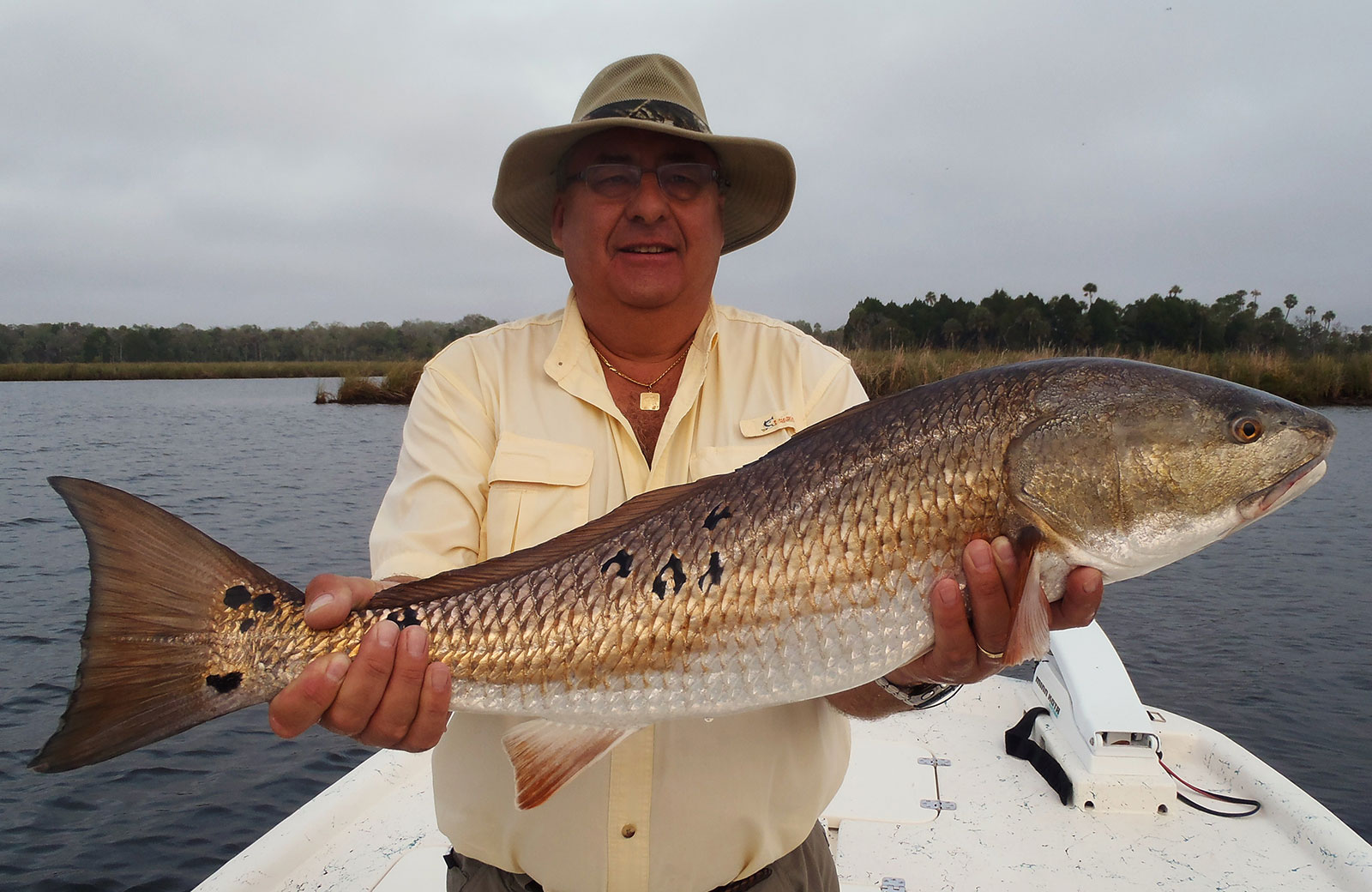 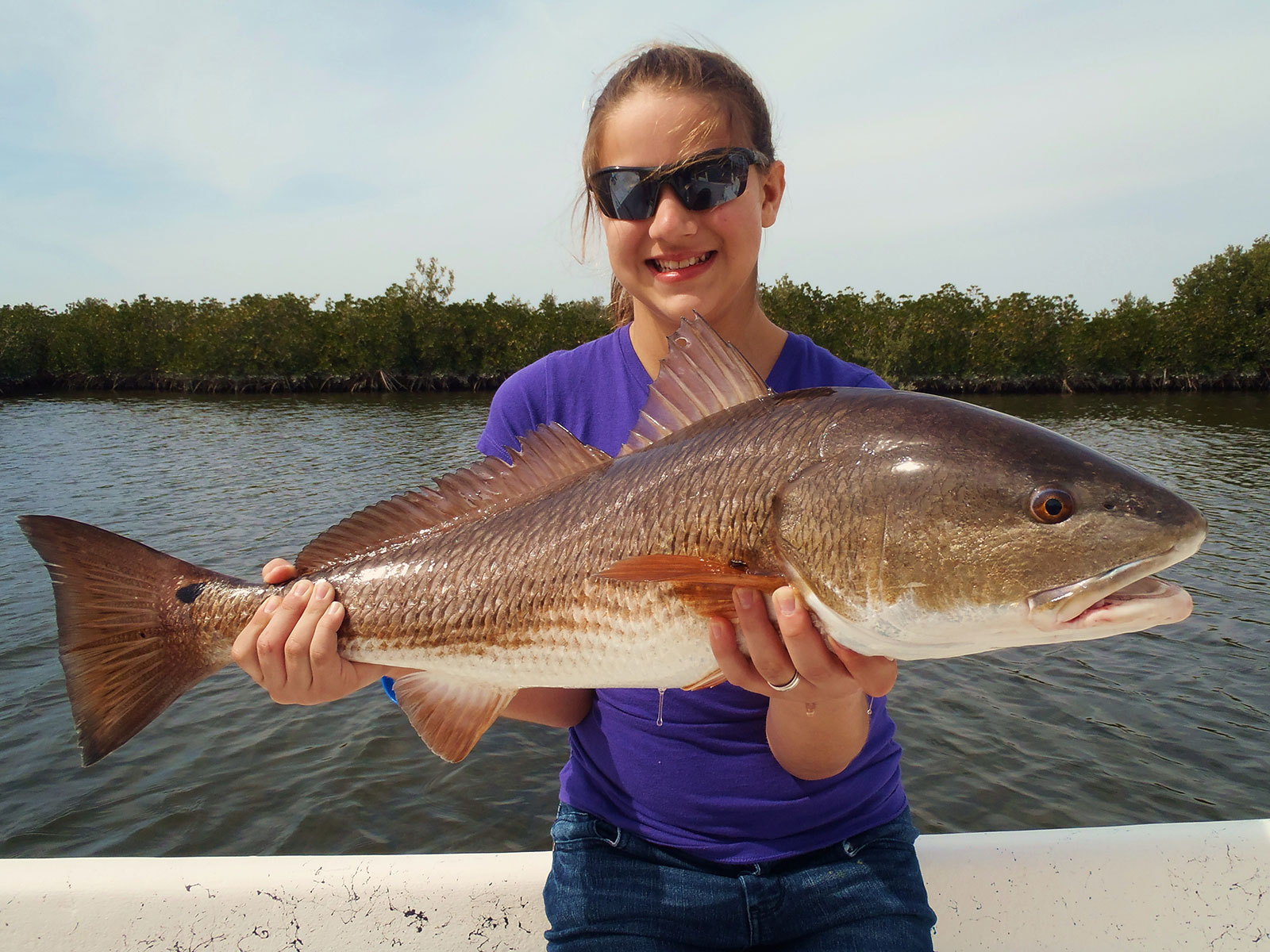 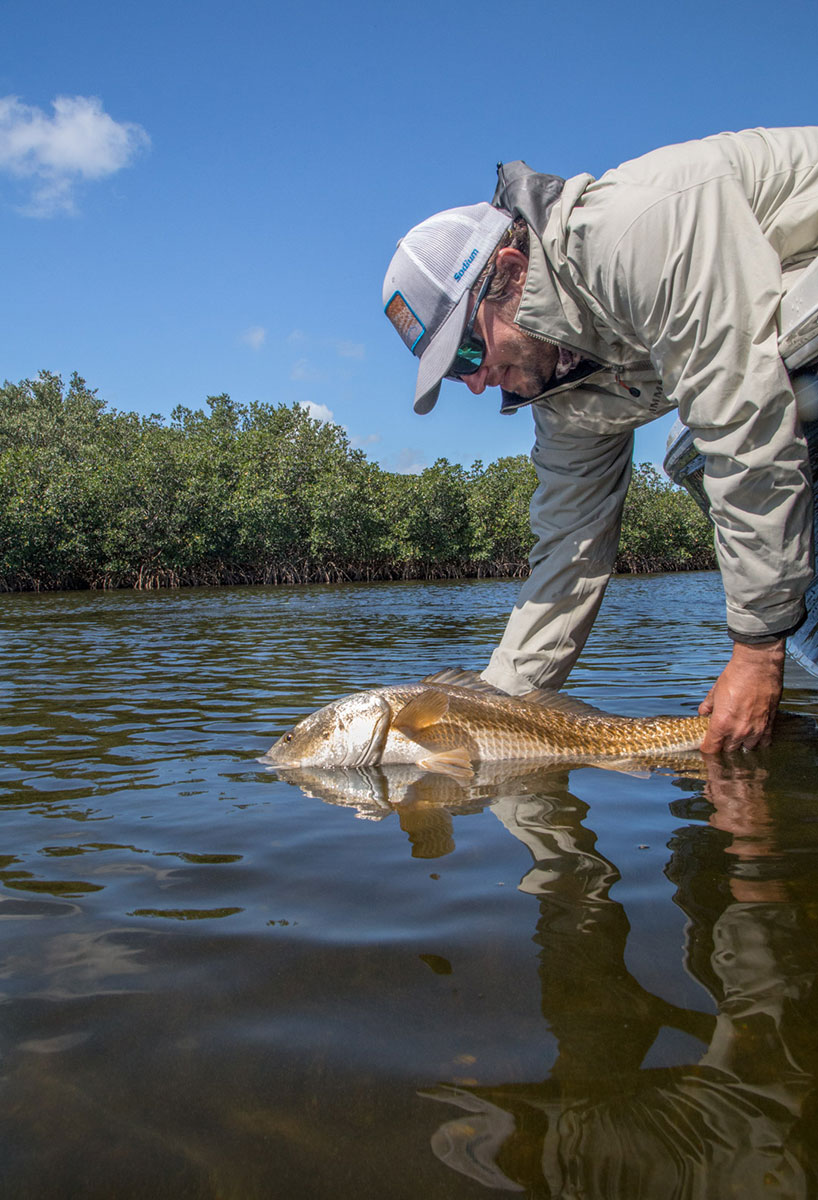 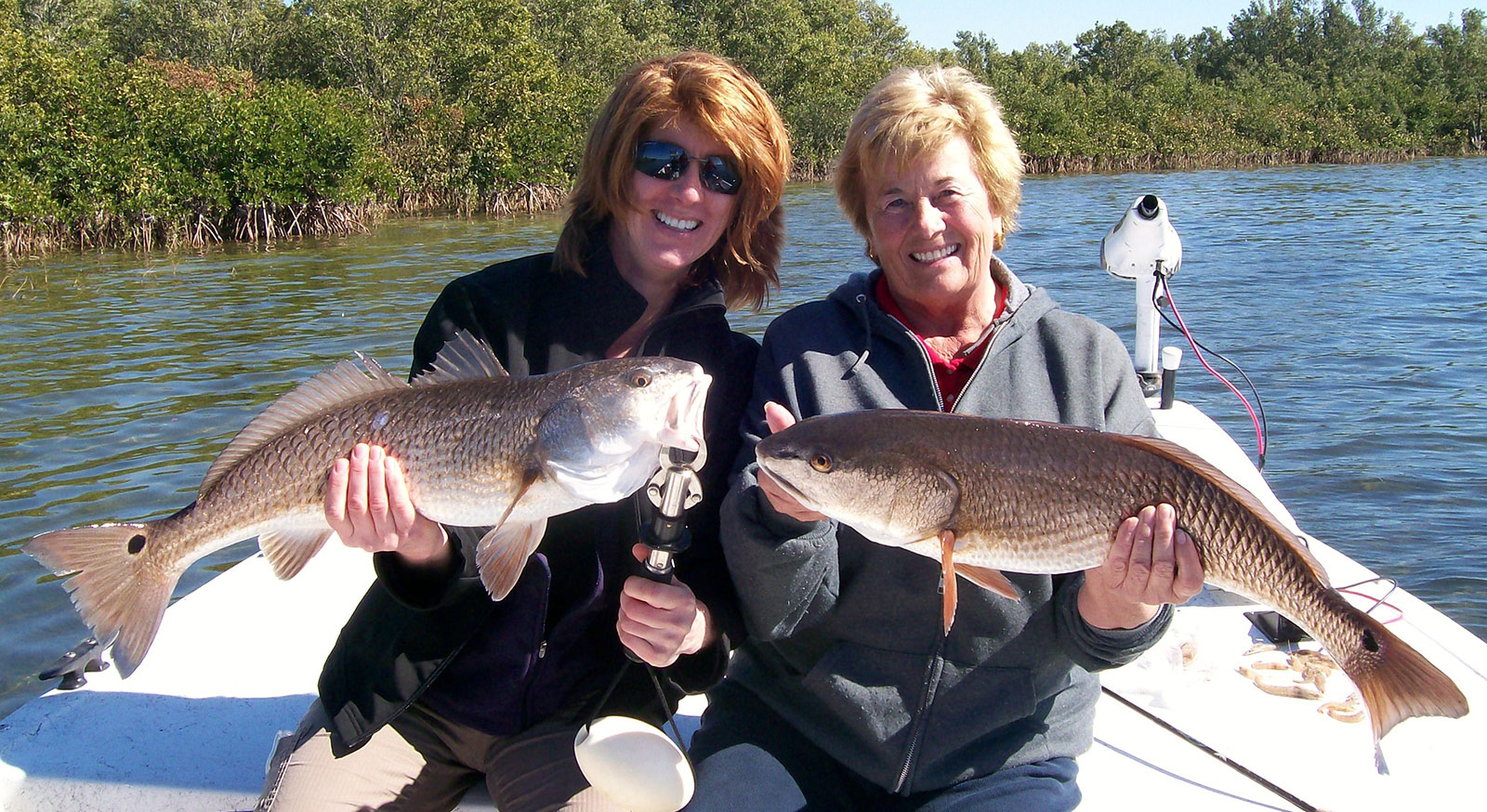 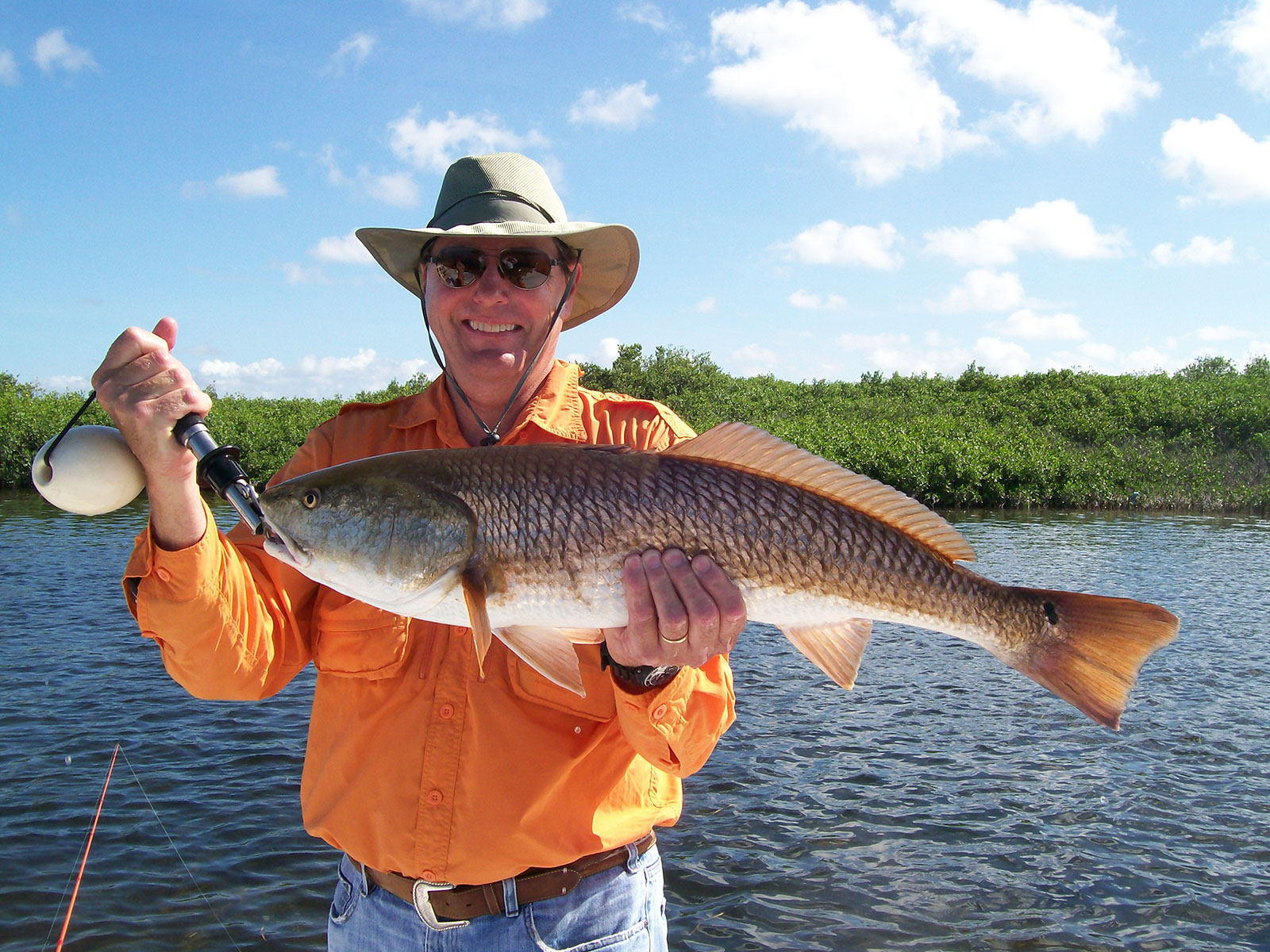 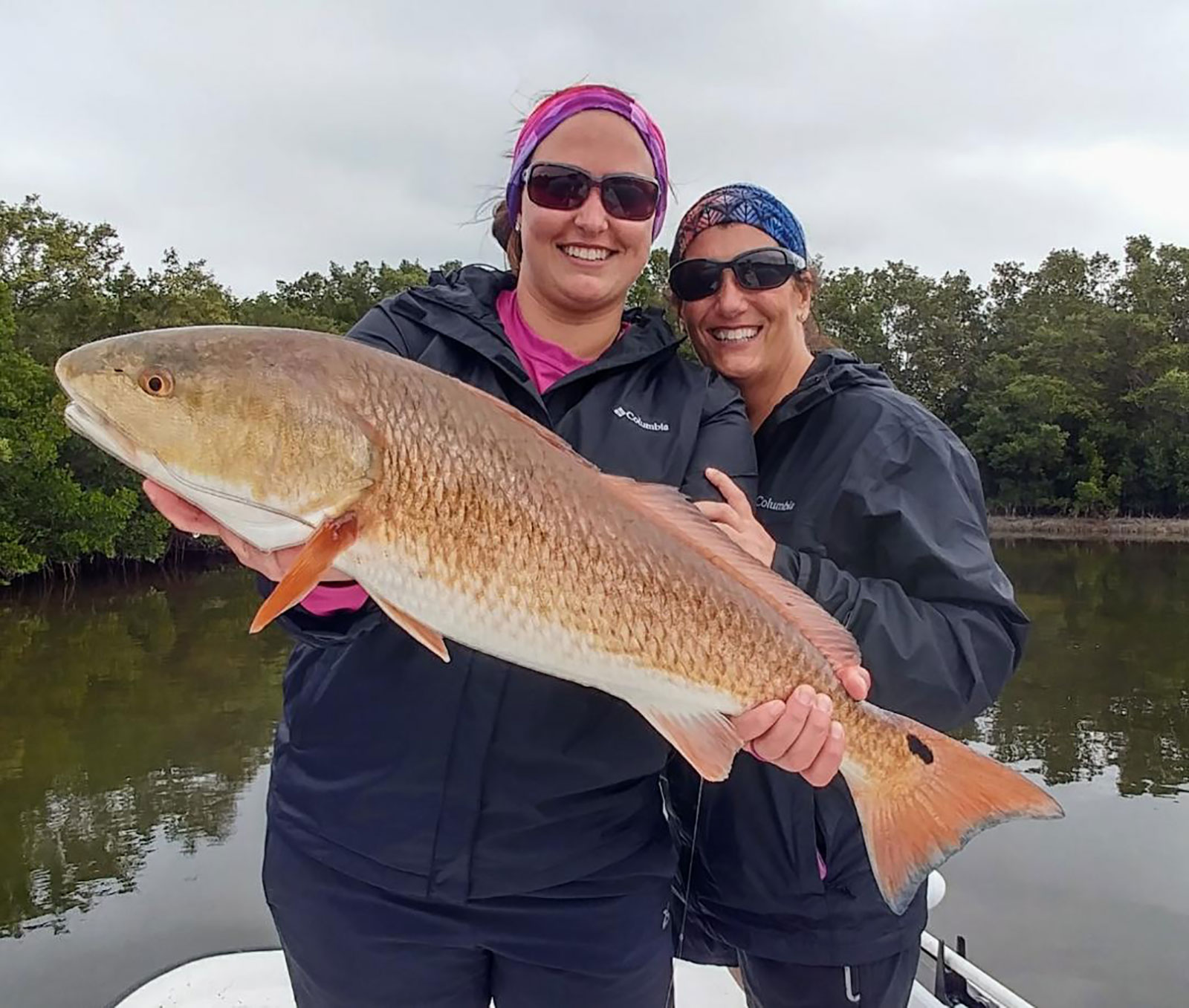 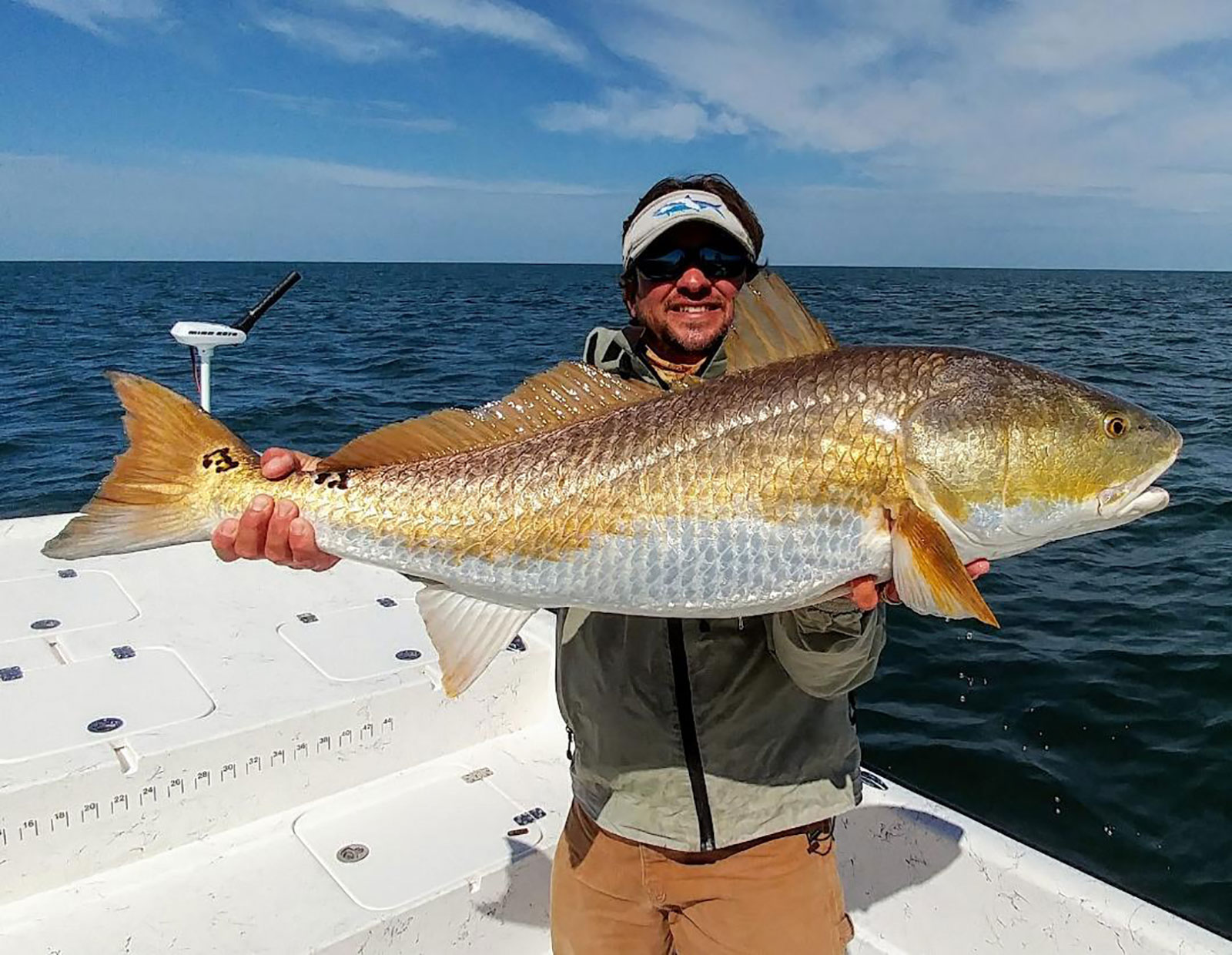 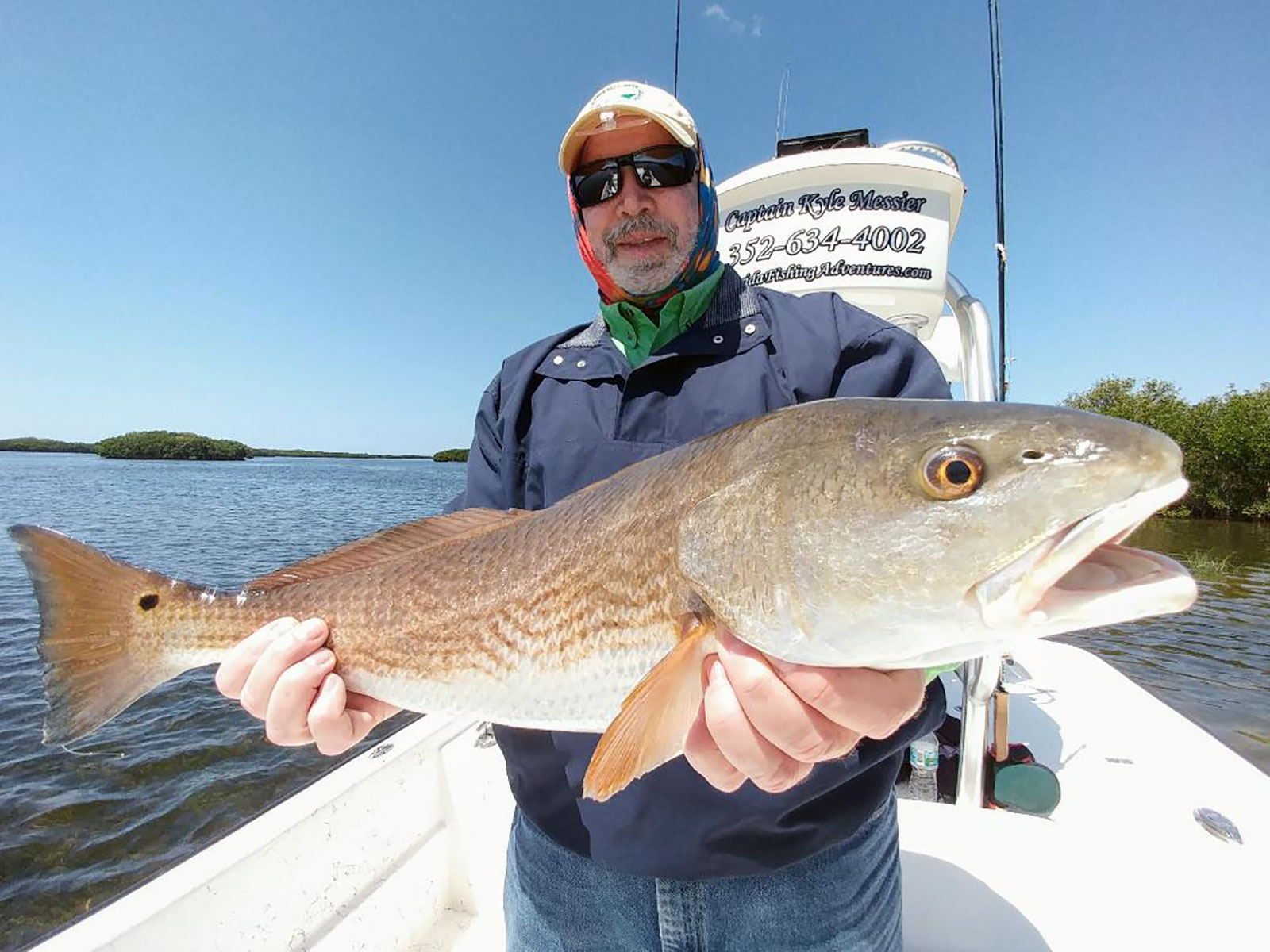 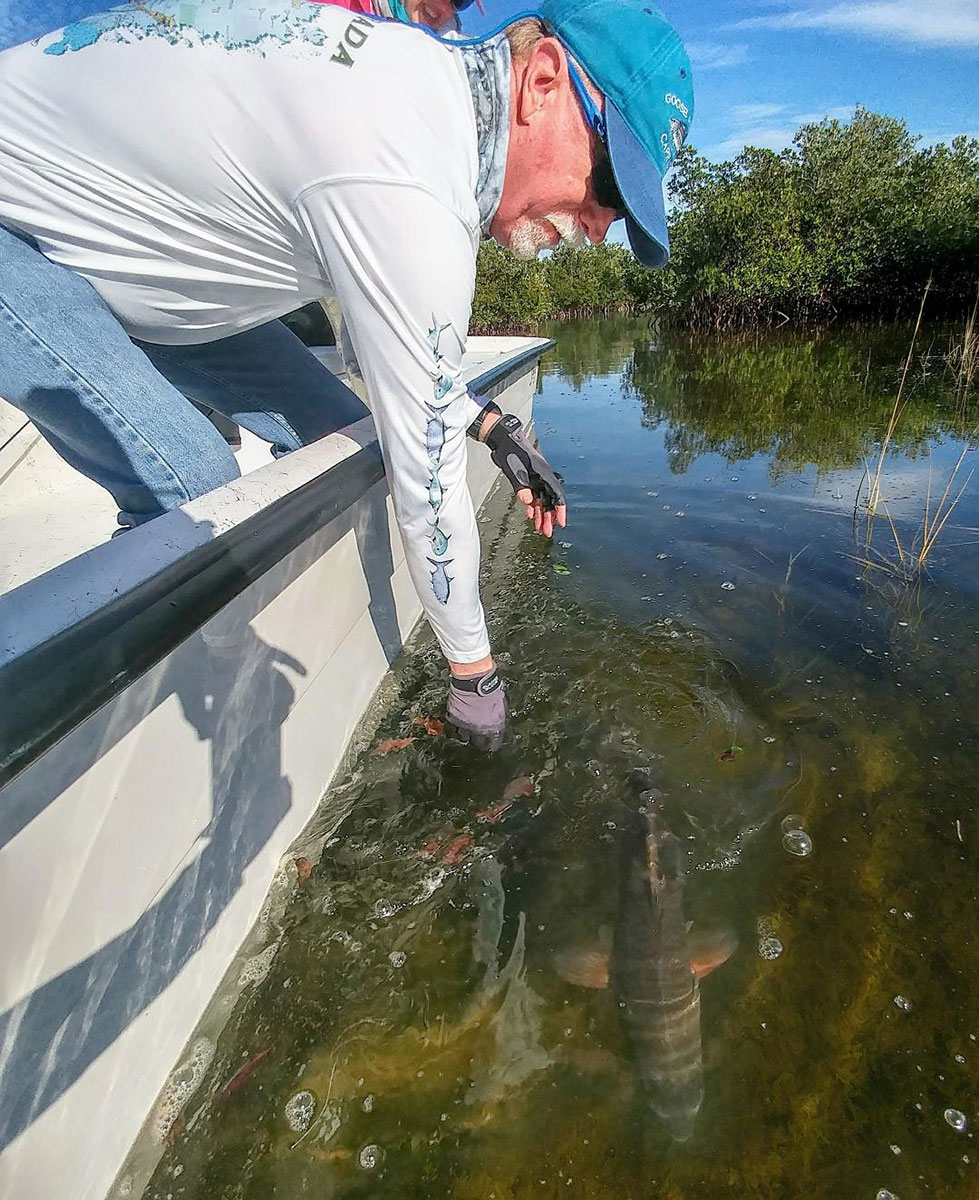 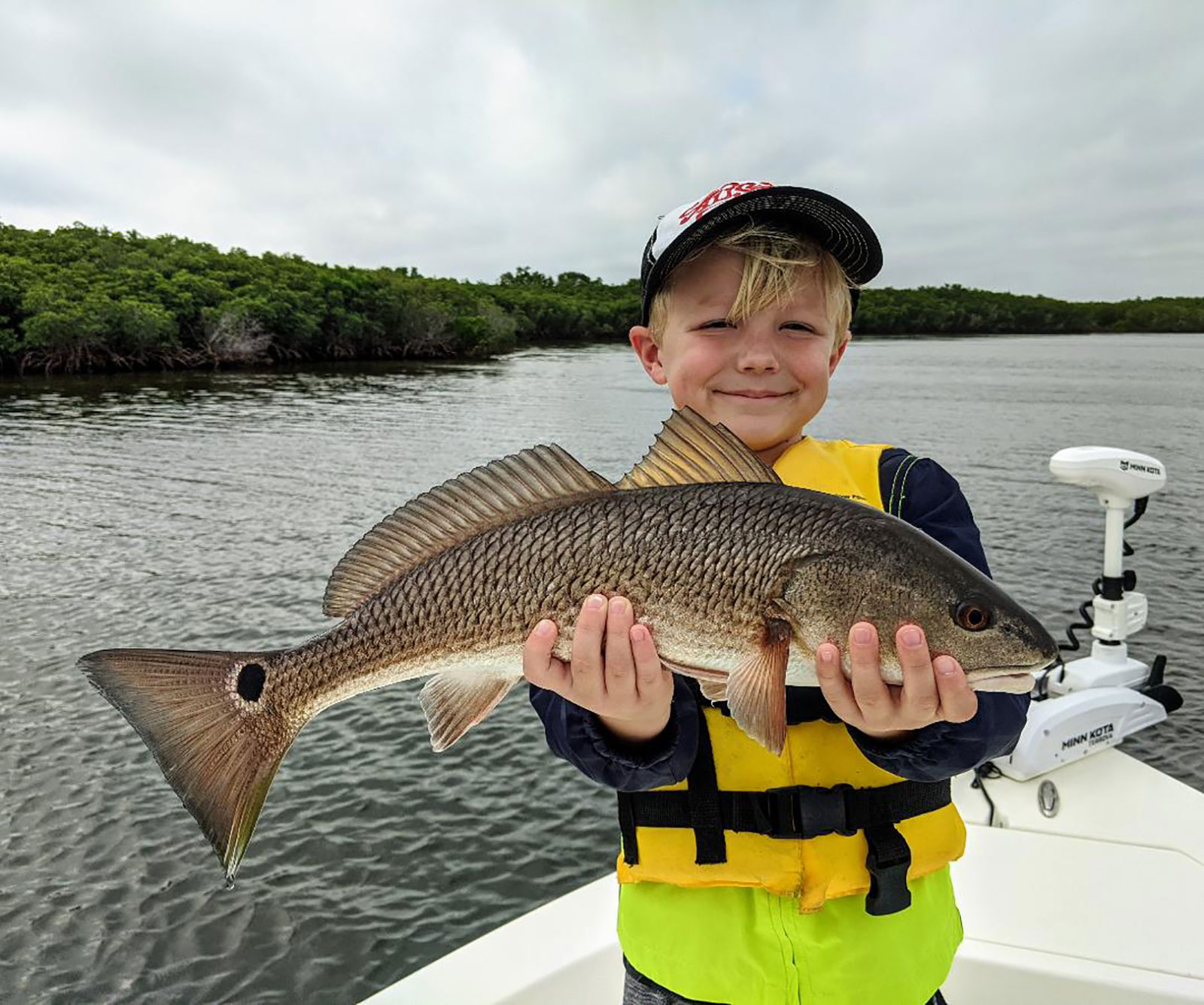 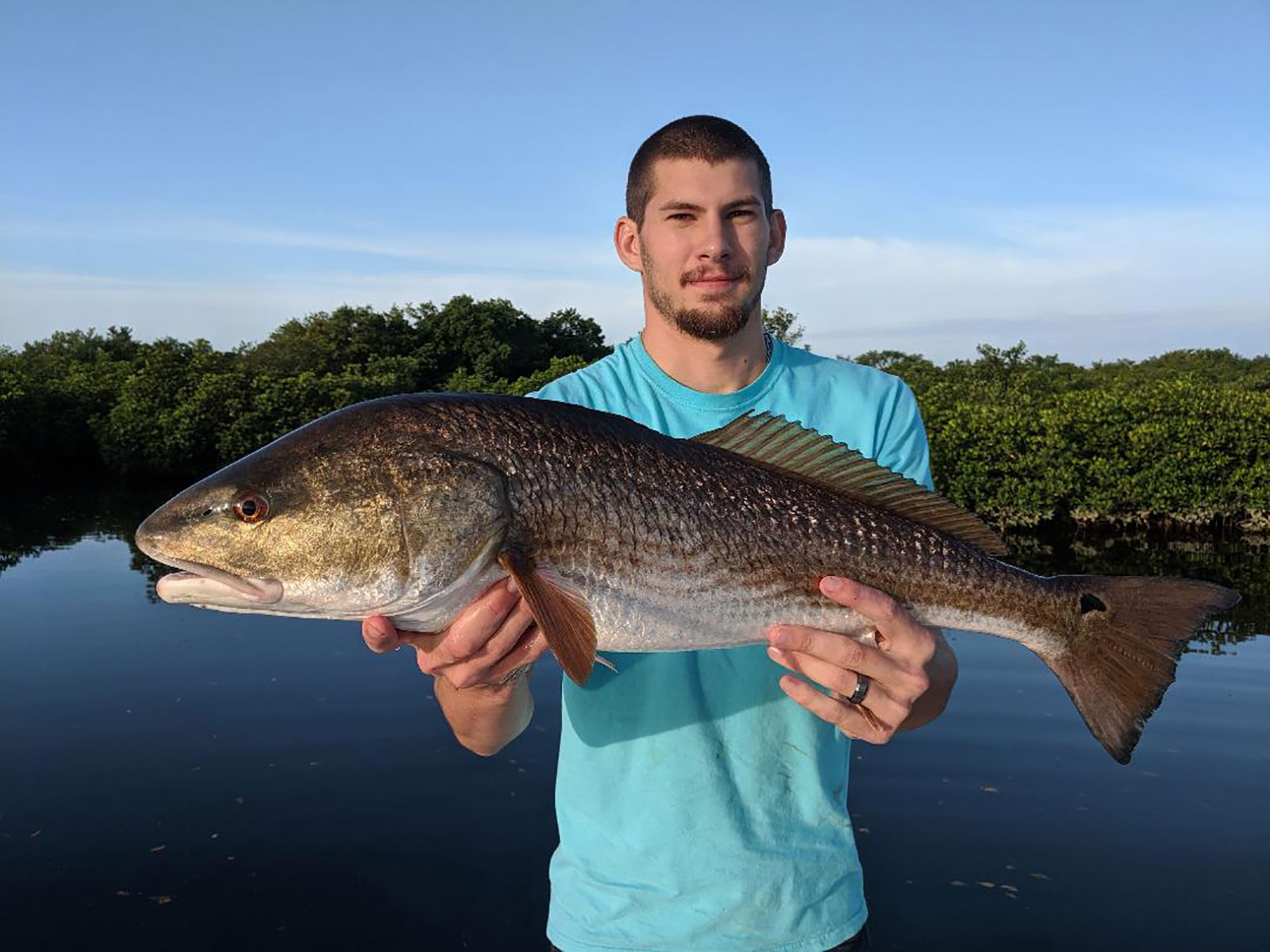 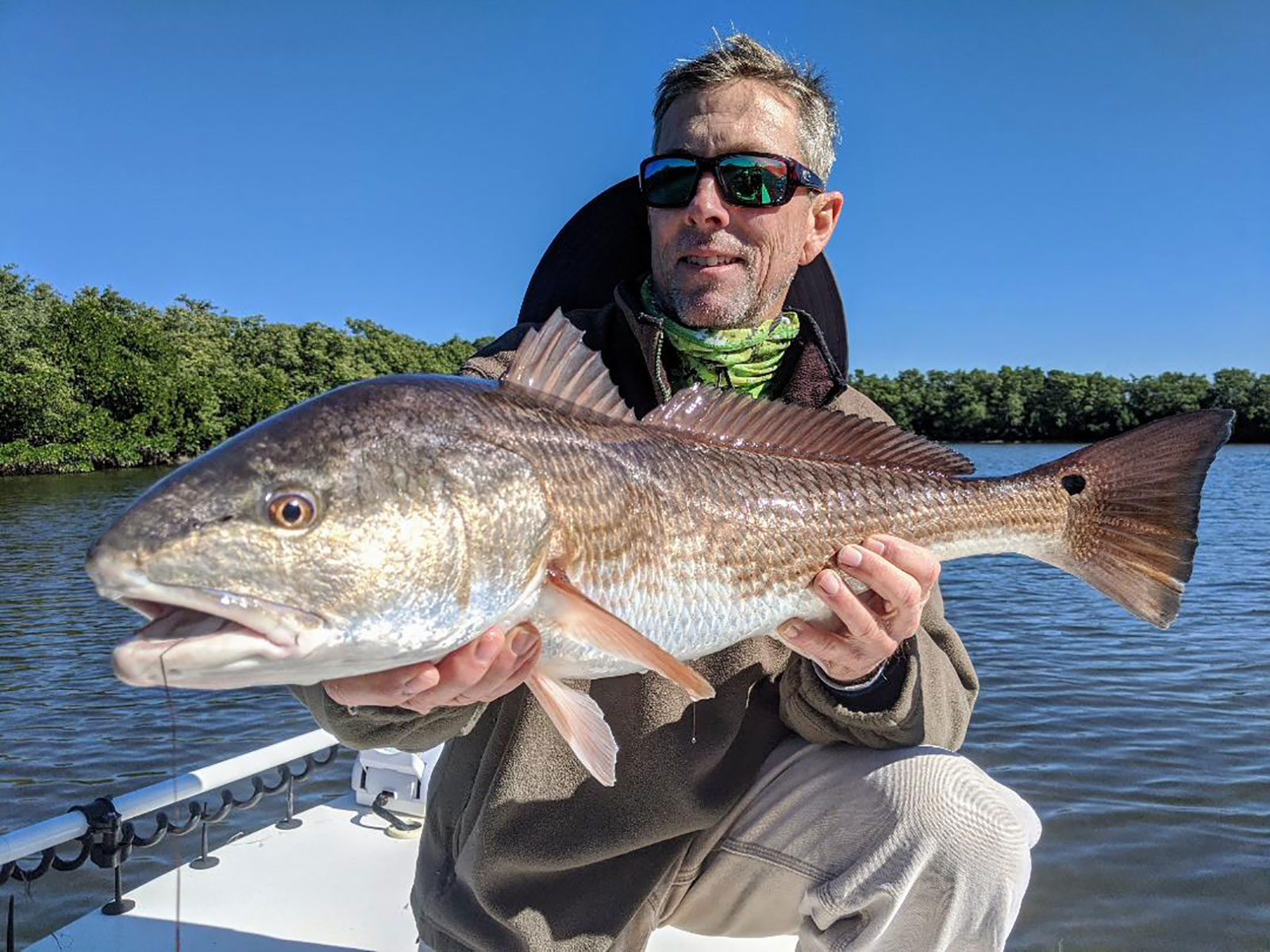 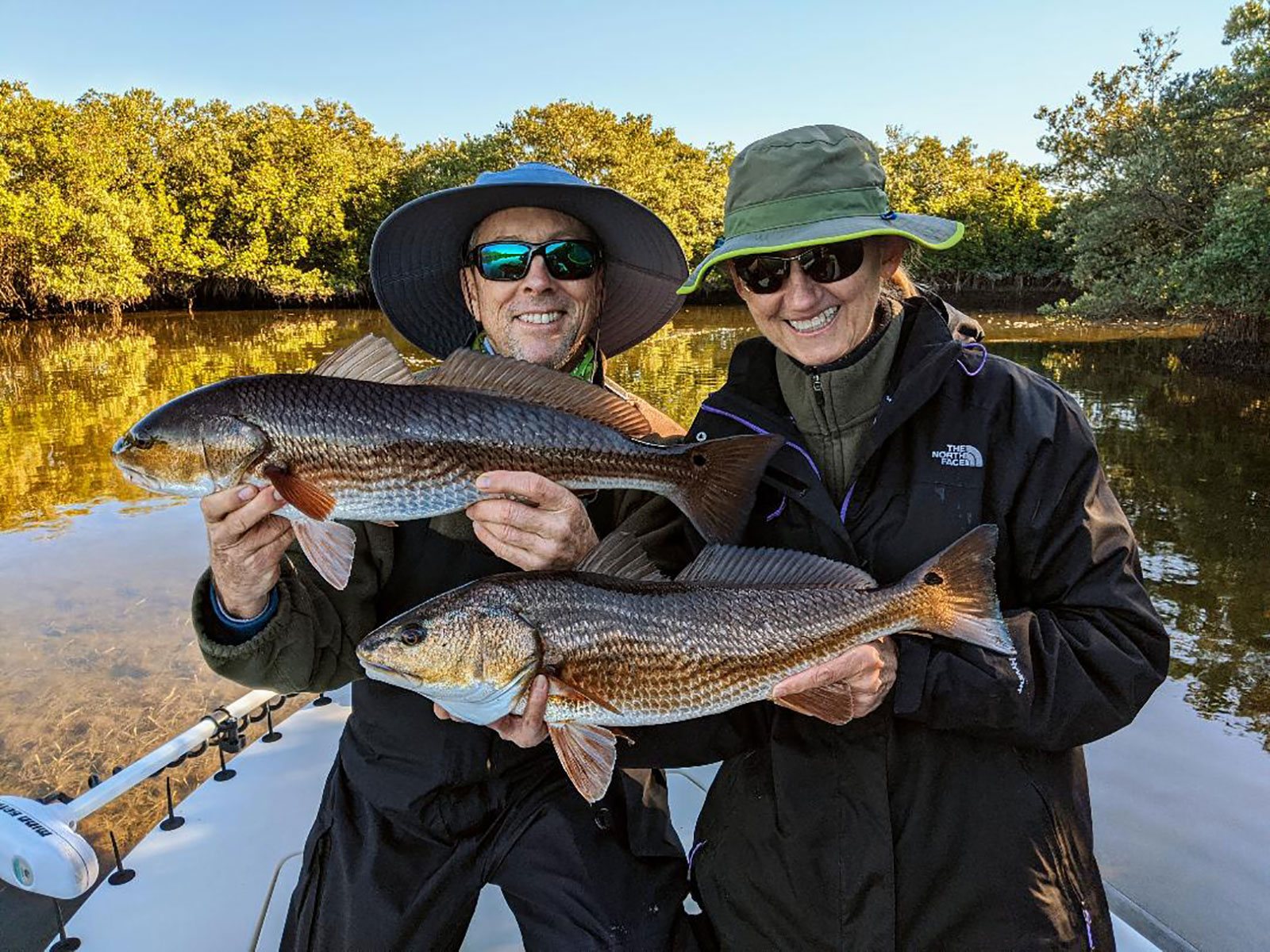 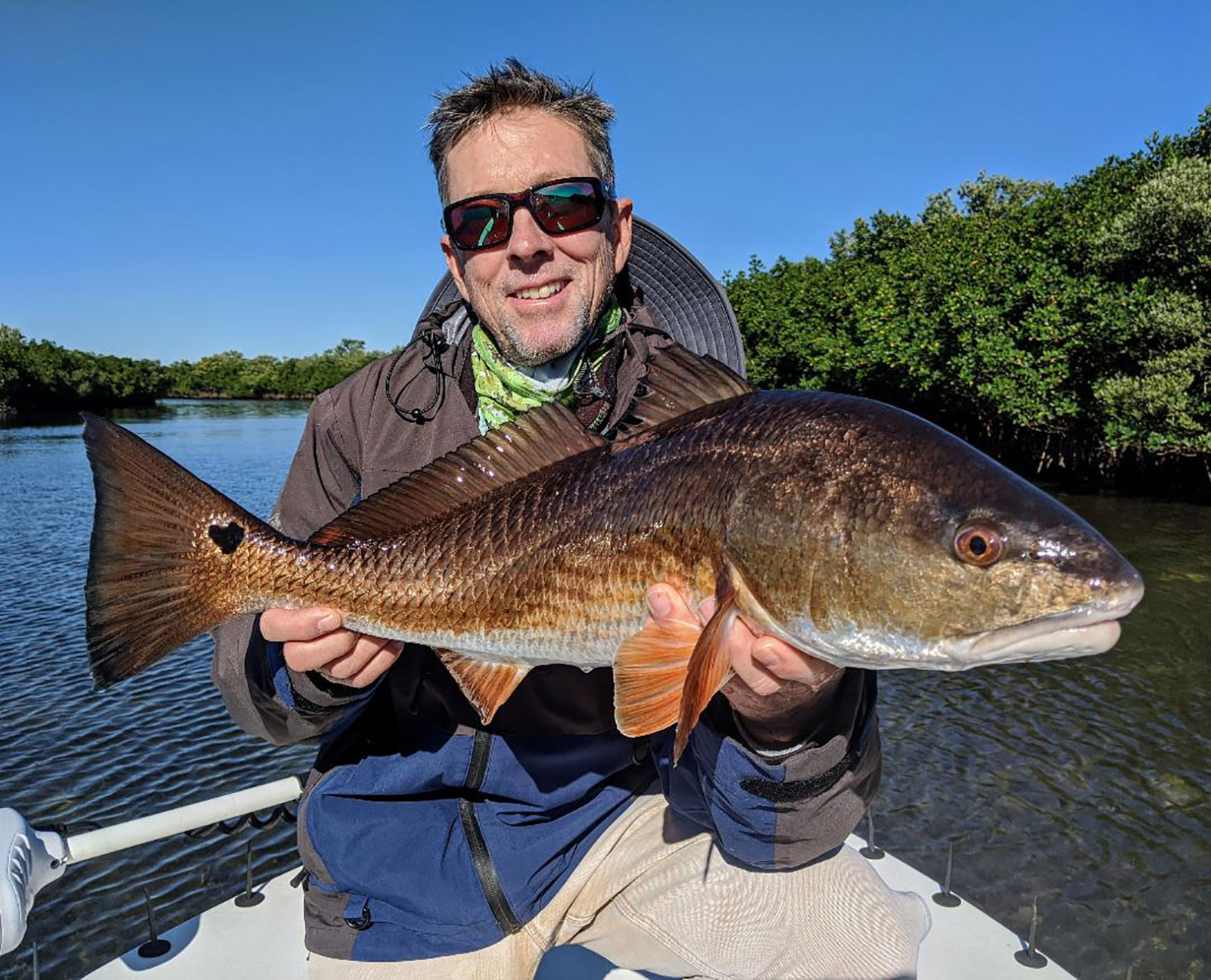 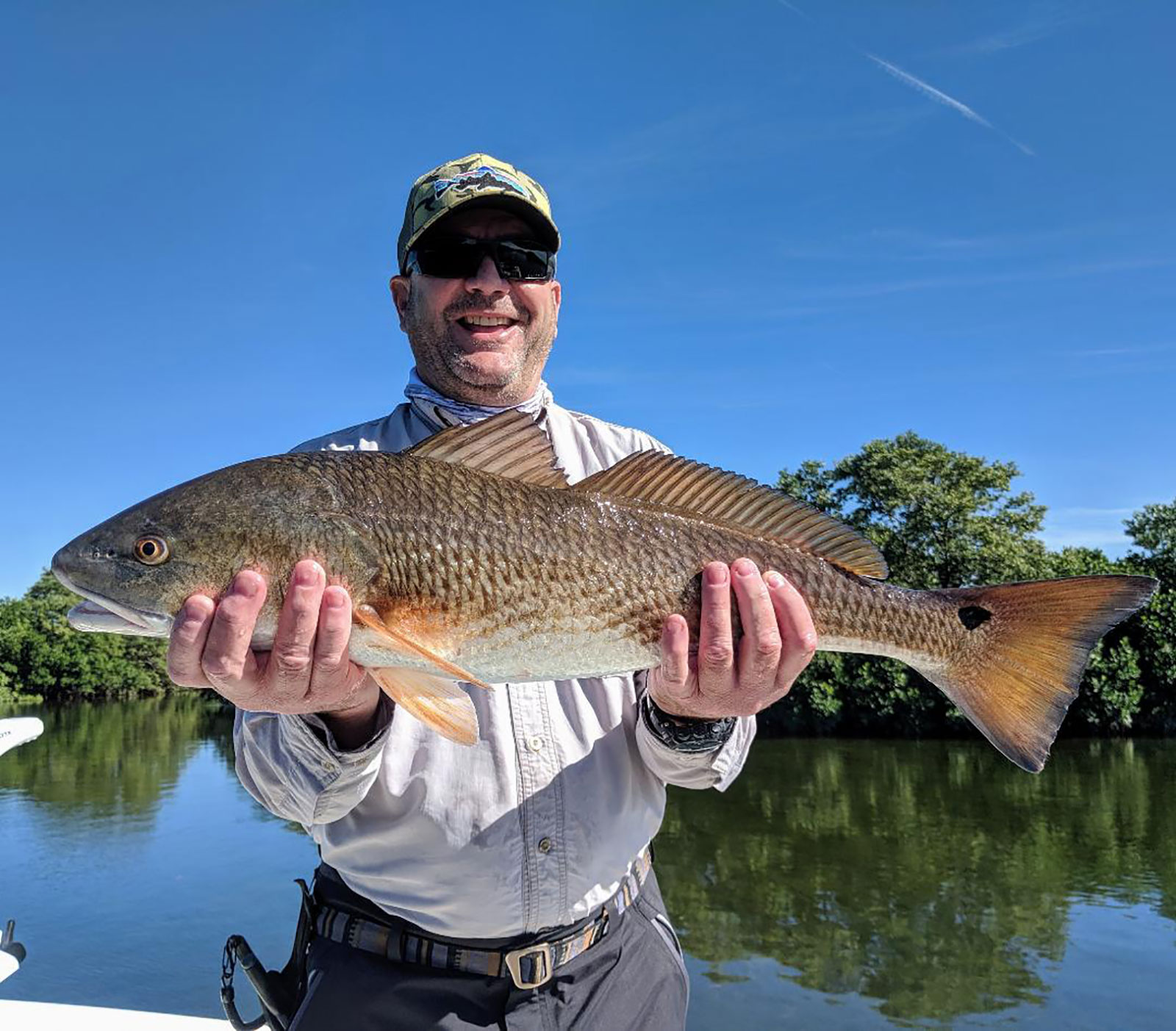 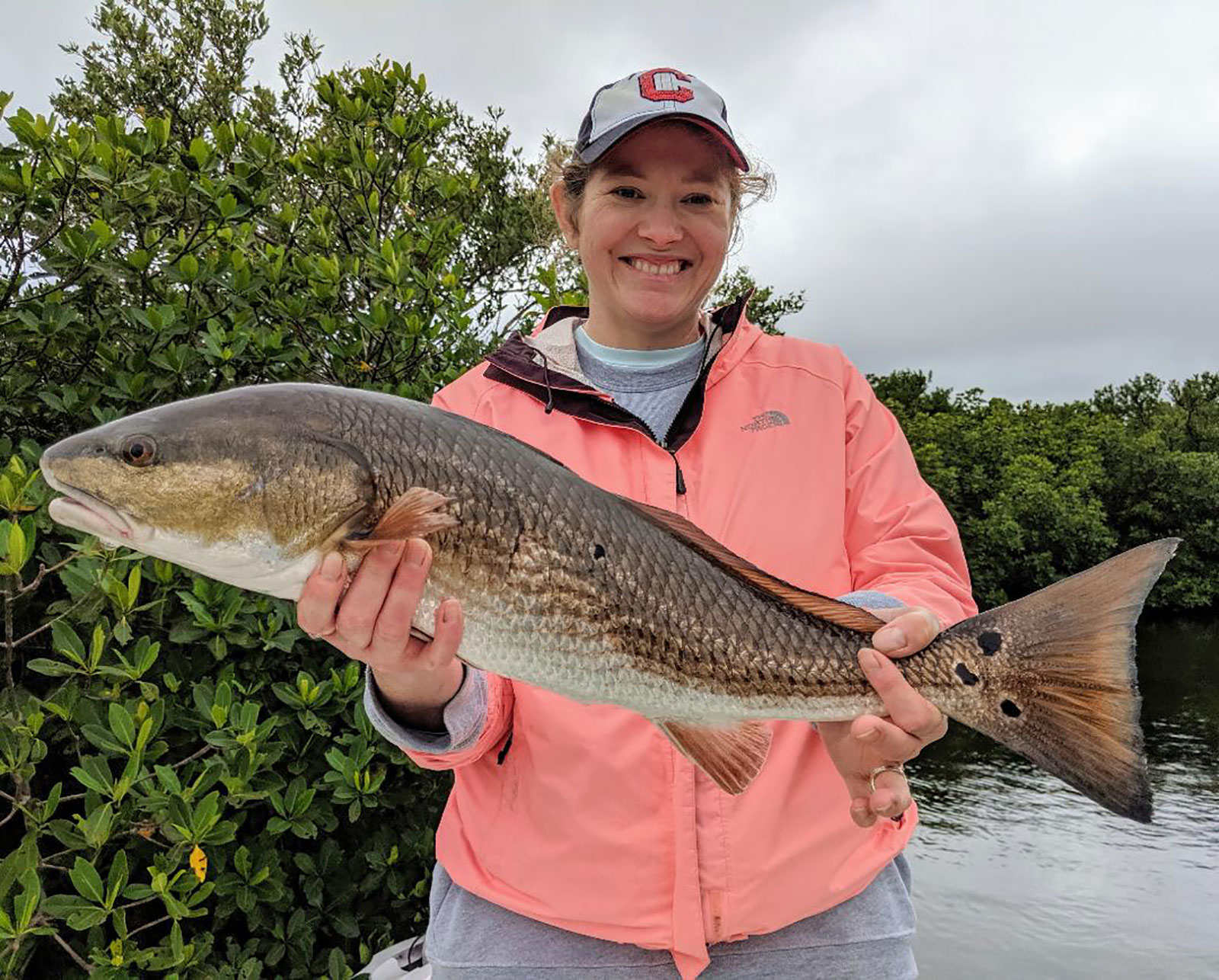 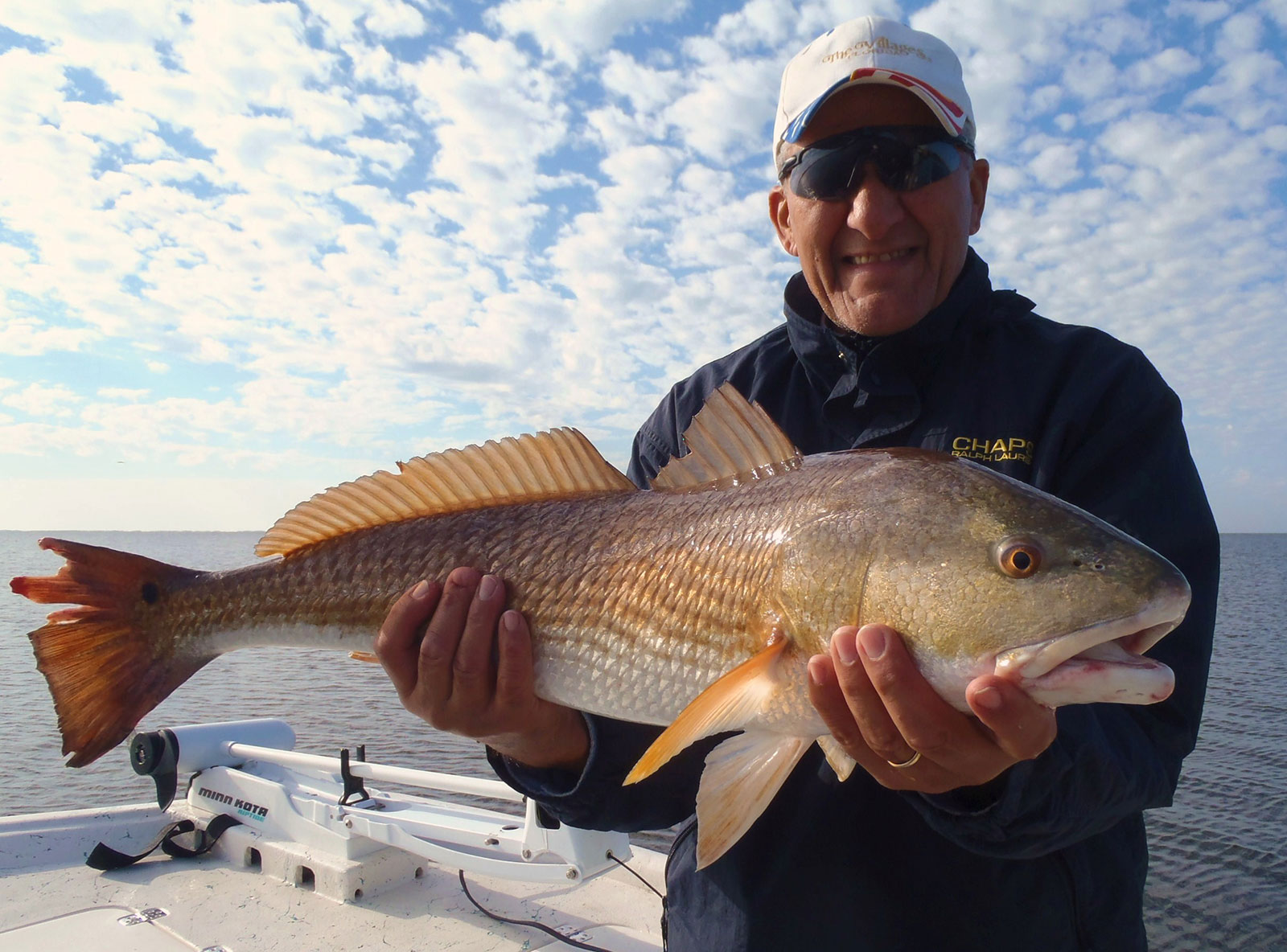