Seriously!! Fishing shouldn’t be this Good. 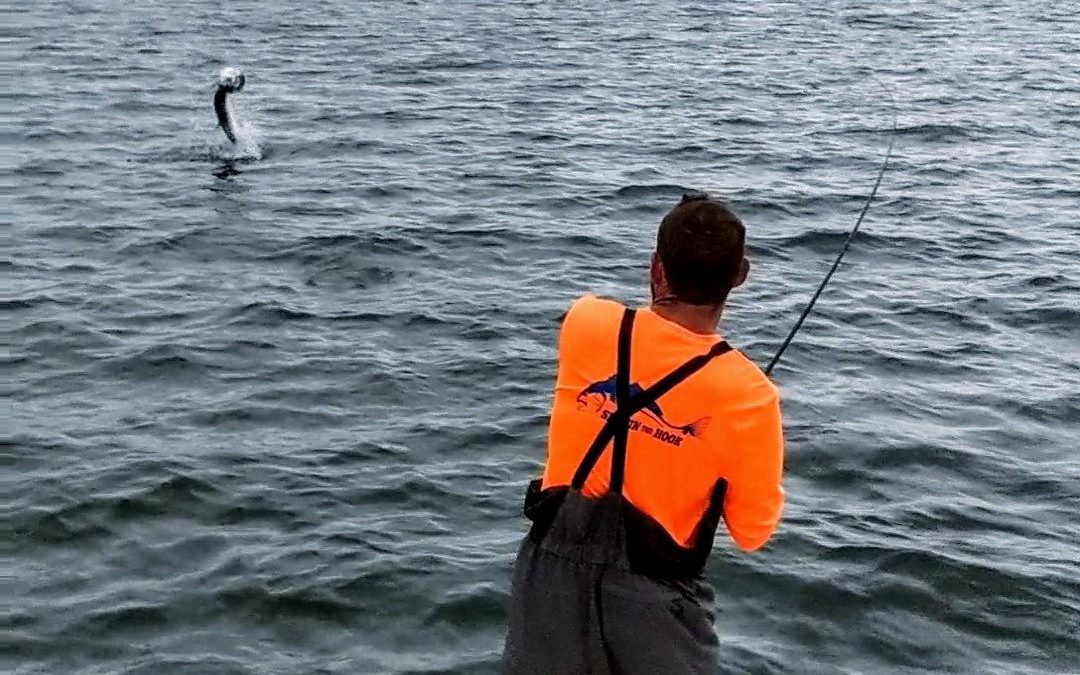 Over the next few weeks many cell phones across the country will be blowing up with fish pictures and fish stories, as many visiting anglers will be sharing some of their incredible fish tales from the Nature Coast. Photos filled with happy endings and stories filled with frustration symbolize tarpon fishing. That’s just the way it is when you’re trying to catch one of the largest inshore game fish found on the planet. 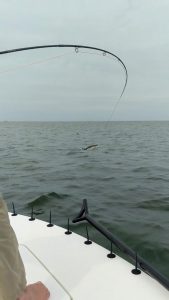 Tarpon (megalops atlanticus) are unlike any other inshore species, in terms of size and toughness. A fish pushing close to 200lbs at times should never have the ability to launch its body completely out of the water with such ease. A fish with a mouth the size of a 5 gallon bucket should never fall for a fly measuring in at a meager two inches. None of this makes sense, which is why anglers for two months out of the year loose their focus and in some cases almost loose their marriages over a fish that dances in their minds over and over. 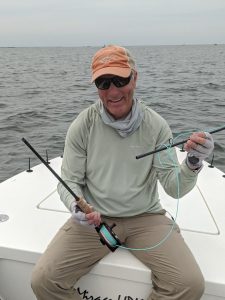 When targeting Nature Coast tarpon anglers should be prepared for a 12 round battle. For those lucky anglers that hook into a true Tarpon of a lifetime the battles wage on at times for hours not minutes. Lots of things can go wrong during that time frame which is why using high quality gear is of the utmost importance to play this game. Reels should be capable of holding a minimum of 250 yards of line or backing and should have the smoothest drags available. Quality rods are equally as important as they will take the brunt of the abuse during the fight. Extra Heavy spinning rods have a proven track record in the tarpon game and most fly anglers will tell you that anything less than a 12wt rod is a joke to some of the fish that patrol our flats. 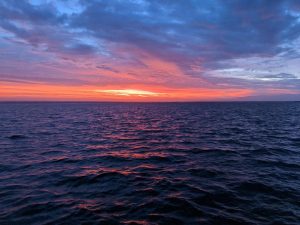 PRO TIP: When hooked up always bow to the “KING.” Most anglers that hook a large tarpon often loose them immediately upon the first few jumps. Giving an airborne fish a slack line by pointing the rod directly at them will help loosen the line enough that the hook will not be pulled when the fish reenters the water.

Not everyday is a “Chamber of Commerce” weather day here in Florida. But those savvy anglers that have been around long enough know that cloudy overcast weather days are usually the best days to CATCH fish. Often the added cloud cover helps to trigger more surface strikes, which is ideal for fish that regularly feed on the surface. Speckled Trout, Snook, and Tarpon are Prime targets to consider during overcast conditions and for those anglers that are looking for something really fun, targeting Redfish on Topwater Lures can be spectacular during these brief weather periods. Just ask James Phelps of Dunnellon, FL as he and I shared a great day of fishing recently where we were rewarded with a Nature Coast Slammin’ day of Redfish, Speckled Trout, and Snook.

Life is Good here along the Nature Coast. 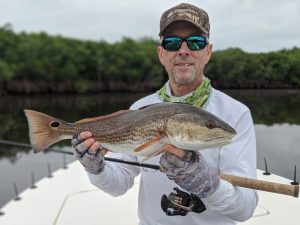 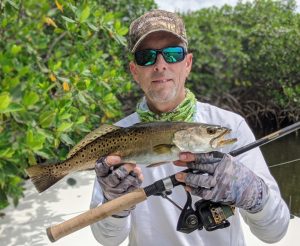 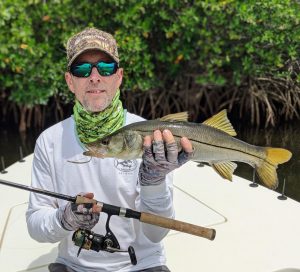