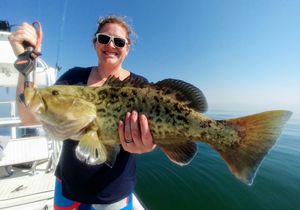 Where has the time gone? Its hard to fathom but December is already upon us and the start of a new year is only weeks away. With incredibly beautiful weather and fantastic fishing going on at the moment here in Crystal River and Homosassa I hope that time slows down a little bit so we all can continue to enjoy the best of the Nature Coast. 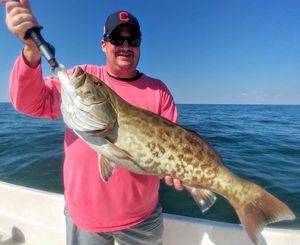 With the so-called start to our “winter season” scheduled to begin on December 21st, most Nature Coast anglers are continuing to hit the water early and often to take advantage of some of the best fishing action of the year. Our backcountry waters continue to be the talk of the town with great catches of Redfish, Snook, and Speckled Trout occurring daily. As cooler AM temperatures give way to 70’s & 80’s in the afternoons many anglers are finding all three of these targetable species staging in many of the deep holes and potholes scattered through out the Salt River system. The trick when targeting all three of these species in one area is to look for mornings with extremely low tides and aim for those days. The lower the tide the more fish will rely on the safety of the deeper water for food and protection. Once afternoon air temperatures and tides begin to rise these fish will begin branching out to find their own territories to feed. Free lined shrimp are the bait’s of choice this time of year in the backcountry but a hungry Redfish, Snook or Speckled Trout will find it hard to resist a perfectly placed Berkley Gulp! Shrimp, DOA Shrimp, Mirrolure Lil Jon, or Mirrodine. 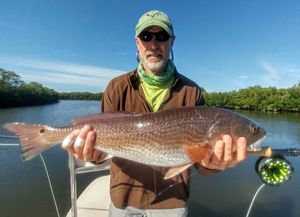 Anglers looking for a tasty alternative to the awesome inshore fishing have found that the Gag Grouper Action has really come alive during the last month of their open season. Gag Grouper have always been considered one of the tastiest fish in Florida and here along the Nature Coast we are fortunate enough to have an extremely healthy population found in less than 15ft of water. Many of the structures we target here locally include coral outcroppings, hidden ledges, rock piles, and wrecks. The exciting part of targeting Grouper is that you never know what other large fish you may encounter. Kingfish, Cobia, and Bonita are just a few of the other species that frequent the same structures as the Gag’s. Casting and Trolling lipped plugs is by far the most effective method but there are plenty of times where a live Pinfish, Pigfish, or even small Lizardfish will entice bites. 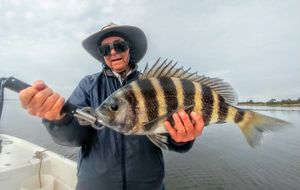 Looking ahead to the rest of our winter season the Redfish, Speckled Trout, and Black Drum Action will continue to please many anglers. Although Gag Grouper season will be coming to a close on January 1st the same structures in which we target these Grouper will become inundated with prespawn Sheepshead. Florida’s Sheepshead unlike their namesakes to the north are one of the more sought after fish during the winter months. The shrimp, crabs, and oysters that these fish feed on help to make this one of the tastiest fish in Florida. If you are into a ton of bites and a good strong pull Sheepshead are a tough fish to beat.

GIVE THE GIFT OF A REEL FLORIDA FISHING CHARTER THIS HOLIDAY SEASON!!